Afraid To Do Things Wrong? 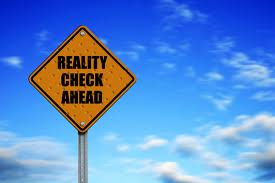 Sometimes I read an article that interests or amuses me so much, that I just have to include it here at DietHobby.

Here is one such article:

I’ve been on a quest to lose weight over the last 6 months. It had been a long time coming, and I’d put it off for too many years. But while I have been achieving my goals, it’s got to be a statistical fluke, because I’ve done just about everything wrong!

Apparently, I didn’t get the message that my “addiction to wheat” is making me “fat and unhealthy”, because I kept right on eating it. Wheat breads, pita, even the dreaded enriched-flour pasta — all of these remained part of my diet. What a dolt I was! If only I’d bought a copy of William Davis’ best-selling book Wheat Belly, I’d have known that 100 million Americans (and presumably ~10M Canadians) experience some form of adverse health effect from eating wheat — from minor rashes to high blood sugar to unattractive stomach bulges. Or I could have listened to any of the countless nutritionists and alt-health gurus recommending gluten-free diets for non-celiac sufferers like me.

But I guess I was living under a rock. Really dodged a bullet there.

“You’ve lost weight,” friends would say. “What have you been doing — cutting out carbs?” It was a question I kept hearing over and over again, yet somehow I never clued in that I should have been on a low-carb diet. After all, everyone knows carbs are what make us fat. Yet I kept on eating them — starchy tubers, rice of all colours and hues, gluten-laden rye breads and barley. In fact, carbs made up over half of my calories — and two-thirds of my food by weight!

Had I never heard of Robert Atkins or The Zone? This cat has far more than nine lives, let me tell you.

Boy should I have listened to Dr. Oz — he says that artificial sweeteners are the #1 habit making me fat! He recommends “natural alternatives” like honey, agave and coconut sap syrup. Yet stupid me, I figured that because those alternatives were largely comprised of glucose and fructose, they were just as bad as sugar — I completely forgot they were natural!

Stayed downright dirty. Little did I know that Vitalife Clinic in Toronto says it can help me shed pounds through the magic of hydrotherapy, as does Toronto Colonics, D’avignon Digestive Health Cente, and dozens of other “wellness” clinics throughout the city.

Or that Total Cleanse — also right here in Toronto! — sells pre-made juice cleanse products with healthy-sounding names like “Green Energy”. And they all come with a promise to help me lose weight!

Such amazing resources within arm’s reach — and all so reasonably priced — yet I did not avail myself of any of them. Stupid, stupid, stupid!

5.  I skipped the superfoods and supplements

I could have taken 13 acai berries, 2 tbsp of mango seed fiber, a jigger of extra virgin coconut oil, 4g of bitter orange, half a sheet of dried seaweed, a pinch of cayenne, and a cup of green tea, blended it all into a delicious smoothie, and used it to wash down my Glucomannan, which Dr. Oz assures me is the best diet pill on the market.

Or I could have tried any of the other really sciency sounding OTC weight loss pills like Lipocal, Lipoclen, Lipovox, Slimvox, Slimquick, Ambislim, Anoretix, Stimuretix, Colonetix or Colonoxy, which would have melted my pounds away by reducing hunger, speeding my metabolism, improving my digestive function, stopping carb absorption, adjusting my hormonal balance, purifying and revitalizing my body, helping me sleep better, and/or hijacking my hypothalamus, allowing me to see results twice as fast! three times as fast! seven times as fast! all without diet or exercise!

But not me. I always do things the hard way.

How did I get so turned around?

I guess my mistake was listening to the science.

Take diet composition for example. The best studies continue to say that all diets work equally well at taking off weight to the extent they reduce calories, and that macro-nutrient composition (carbs vs. protein vs. fat) doesn’t matter for weight loss. So I just got a calorie tracker app for my phone, focused on achieving a steady targeted reduction every day, and ate what I wanted until I hit the mark. Well, that’s not totally true — I did spend some time trying to understand which foods made me feel fuller for the fewest calories, and as a result focused on foods that:

I figured that since all of this was consistent with what every public health agency and lifestyle-disease organization recommends anyway, it was a pretty safe bet. I didn’t know I might end up being the thinnest wheat belly sufferer on record!

Or take artificial sweeteners. I listened to the solid science showing that sweetened beverages don’t affect satiety, and thus add calories without making us feel fuller — so much so that juice and pop became the only things I cut out of my diet entirely. But would I listen to the weakly-controlled, low-powered studies that found artificial sweeteners confuse the body’s regulatory system and make us eat more? Dr. Oz certainly did, but I was far too arrogant to listen! Instead, I took the advice of less-famous-and-therefore-certainly-less-trustworthy obesity clinicians like Dr. Yoni Freedhoff, who states that:

"For many, liquid calories, are the low hanging fruit of weight management – easy to reduce and consequently, I think it’s certainly worth your own personal exploration of liquid calories, and if indeed you’re drinking huge amounts of them, especially sugar sweetened ones, as a step-down strategy if you think you can use artificially sweetened beverages as you reduce the sweet drinks overall, I say go for it."

Even so, I should have been scared off by the commonly-heard refrain that artificial sweeteners are dangerous. But I figured that after decades of widespread use, the failure to show they caused any particular health problem was enough to give them a qualified pass. I mean, sure, I agree that water is probably a healthier choice than Coke Zero, but the enjoyment I got from it made it easier to stick to my calorie goals, so I kept drinking. So shortsighted!

Now as for cleanses, I blame skepticism for my myopia here. One of the first skeptical articles I ever read was the Skeptoid episode on cleanses, and it’s biased me against them ever since. I also figured that any weight that came off that easily was likely to go back on just as easily. Not sure how a jewish atheist like me developed such a firmly protestant outlook, but I do indeed value a work ethic.

I guess that was my problem with superfoods and supplements too — just too easy. After all, I couldn’t prove that none of them work — it’s impossible to keep up with all the new products on the market each year. I just knew that (barring ephedra, which has a terrible safety profile) I’d never seen any that had been shown to work. Some pretty clearly didn’t — even the NCCAM, hardly a skeptic organization, said that there was no reason to believe that acai berries or green tea could help me lose weight. Bitter orange might, but it contains a similar active ingredient to ephedra, and is likely just as risky. And I’ve looked into coconut oil before and found no evidence it’s useful for much of anything other than deep frying spring rolls.

I was also persuaded, so foolishly, by a 2004 systematic review of weight loss supplements conducted by Edzard Ernst and Max Pittler. It concluded that “the evidence for most dietary supplements as aids in reducing body weight is not convincing. None of the reviewed dietary supplements can be recommended for over-the-counter use.” Another review in the same year at Harvard Medical School came to similar conclusions.

What about Dr. Oz’s favorite supplement Glucomannan? To be honest, it’s not the craziest thing he’s recommended — glucomannan is a fibre supplement, and fibre does seem to aid satiety as I mentioned. But researchers consistently find that beneficial nutrients in food don’t often convey the same benefits in supplement form. And since Glucomannan was evaluated in the reviews linked above that recommended no supplementation, I let the science be my guide. Reckless, I know.

In the end, I was lucky — none of these mistakes stopped me from achieving my weight loss goals. But it’s not a path I’d recommend — after all, can you really expect science to look after your interests? It doesn’t even have anything to sell you!

Erik Davis is a technology professional based in Toronto.
www . skepticnorth.com