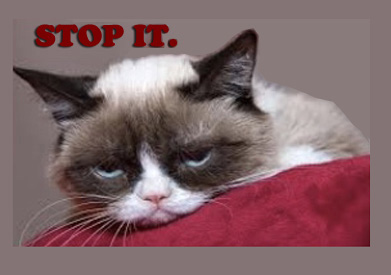 A common belief is that negative behaviors and bad habits are only symptoms of a bigger, psychological problem, and once you’ve dealt with that issue an unwanted behavior will end up falling away.

That might be true sometimes, but I've never seen it happen in myself, or ....in any kind of proveable way... in others.

It is now also becoming apparent that the type of eating that causes ongoing obesity involves deep biological roots.


So, if the primary “behavior battle” is actually rooted within one’s own physiology, rather than merely inside one’s own mind, perhaps “WHY” I desire to eat more food than my body needs to stay “thin” or inside a “normal” BMI is not really all that important .

Was Bob Newhart actually on track when he told his patient to “Stop It”?