Sometimes I find that I learn as much
from a "Bad Example" as I do from a good one.

One of the things I do here in my Dieting Hobby
is follow the online sharing of various people
who are engaged in the pursuit of weight-loss,
as they try this diet or that one, or follow no structured plan.

Watching others teaches me things,
and reinforces things that I've already learned
from my own experience.

For several years I've been following the journal
of someone who shares her daily thoughts and activities
as it relates to her weight-loss attempts.
She is the same high weight now,
as she was when she began the online journal.

She appears to be incapable of grasping and holding on
to any type of dieting plan .. even for a one month period.
As soon as she has a failure, she rethinks everything
and starts a different plan.

The thing that becomes apparent to anyone following her
for any length of time, is that every single one of these plans
is the same … in that … she doesn't want to deny herself anything.

Despite all of her experience, and a multitude of evidence to the contrary,
she desperately holds on to the unfounded belief
that she doesn't need to sacrifice anything she wants.
That her obese body is going to begin acting like a "normal" body
and tell her how to eat to become smaller. ..
And, of course... it doesn't.

I have personally observed that her body hasn't done this
for at least the past several years,
despite hundreds of good intentions and well-thought out plans,
even though she has put forth an enormous amount of mental energy,
and given her body many opportunities to do so.

This example of failure … though sad for her ….
is helpful for me.
I, like many others, have that seed of fantasy within me;
that desire to believe those misguided Intuitive Eating Gurus.

I'd like to believe that my body will guide me to normalcy;
that all I have to do is listen carefully to it,
and my own body will tell me what, and when, and how much to eat
in order to leave the state of obesity, and
reach and maintain inside a normal weight range.

The thought is alluring. Such a pleasant one.
But, unfortunately, it is based on little or no truth,
even though it is frequently promoted by (sometimes) well-intentioned people,
who tell outright lies in order to support that baseless Theory…
…which is no more than a hopeful wish.

The "bad" examples of those obese people
who choose to embrace this thinking
are helpful to remind me of the Truth.

I can be normal weight.
I can maintain my body at normal weight.
But, not by following my own instincts, or
by giving my body what it "tells" me it wants.

CAVEAT:  My writings on this subject refer to people who
have spent long periods of time well inside the established borders of obesity.
I do not speak for people who have been normal weight for most of their lives,
and/or whose bodies have only been 20 or 30 lbs inside the obesity range.
Those bodies could be different,
and those people might (or might not) have a different experience. 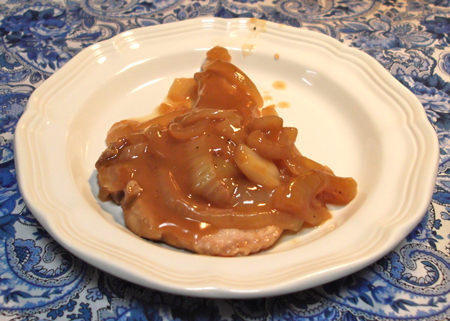 This ia  picture of one serving of food from my new cooking video,

which is located at DietHobby, under RECIPES,  Mealtime.

Here at DietHobby, I've been having a lot of fun with new designs.
Some technical aspects of this website are attracting me today,
and I want to start playing with them.

Still, I need to continue to eat reasonably,
and I want to write something encouraging this morning.
However, I find myself distracted by my current tasks
and am having trouble thinking of anything
motivational or inspirational to share this morning.

Life continues to happen to us all.
Somehow in order to lose weight or maintain weight-loss,
each of us needs to keep our focus
on how, what, and the amount of food that we eat
… throughout and despite ...
life's multitude of events and occasions.

Every day is just one more day in life.

Each of us chooses, every day, where to put our focus,
and chooses whether or not to follow through with what it takes
to sustain the kind of consistent behavior
which is necessary for us to achieve
our most important personal goals. 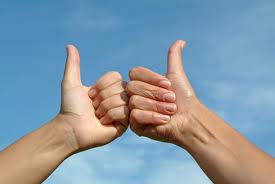 It’s fun to get new stuff,
and here at DietHobby, I just got some.

My web-genius-son recently made and posted
three new ads for some of the DietHobby features.
You can see them on the right side panel,
And when you click them, they take you to that feature.

Two new Headings have been added to the top Navigation Bar.
These are

“DIET WISDOM” for my new video series which is starting soon,
..........and
“PLAYLIST” for easier access to my Words of Wisdom
video series.

My web-genius-son also posted 4 icons that are Links to:

These are located at the top right side of the page,
next to the [ LOGIN / REGISTER ]  area.

DietHobby also now has a new background of clouds in a blue sky.