I recently made changes to my Weight Range Maintenance Plan.

The use of a visual image is an effective way to set specific goal-weight-range numbers into my mind and heart. I tell about how I created this graphic, and why, in a previous article, "Setting A Goal Range".
See that article to see the original chart and the maintenance weights that I originally set for myself.

Over time I've adjusted the graphic to reflect my current realities.  See "Change in my Weight Range Maintenance Plan" for my previous changes to these numbers and the reason for making them.

During this entire past year, despite consistent and continual ongoing low-calorie eating, together with keeping accurate daily records of my food intake in the computer food journal DietPower,  my weight has refused to drop down to my former maintenance levels.

My body will not allow me to be as active here in my late 60s, and it also appears to need a great deal LESS food than it did in past years. Therefore I am again changing my Weight Range Maintenance Plan to reflect my current reality.

See "Records: My Past 8 Years" for a detailed understanding of the relationship between my food-intake and my body-weight.  I am still keeping these type of records, and one of these days, I will do another post with updated information. 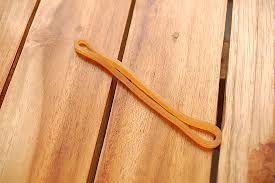 I agree with the following illustration used by Dr. Sharma, M.D. a medical specialist who deals with obesity issues.

Weight Loss is pulling on the rubber band.

Weight Maintenance is KEEP pulling on the rubber band.

The individual question regarding our own Weight Management is:

This is analogy describes my own lifetime experience. That Truth is especially applicable to my past 7 years of maintenance within the “normal” BMI range, after years of yo-yo dieting up to a high of 271 lbs at 5’0” tall”, with a subsequent total weight loss of 156 lbs. To better visualize this amount, this number was 58% of my TOTAL body weight, which is a similar total amount lost by many of the winners of the “Biggest Loser” television show.

Rubber bands come in different sizes and strength. So do the bodies of people. It naturally follows that the more weight a person loses, the more the "tension of the rubber band".  This is why it usually takes far less effort for someone who loses 10 lbs to maintain that weight-loss, than someone who loses 100 lbs.

Bodies appear to have a Set Point, which is like a rubber band in it's natural state .. unstretched.  However, it is clear that weight-gain will drive the body's natural Set Point higher. Although most people hope and pray that weight-loss will re-set that altered Set Point back to a lower number, all available evidence indicates that this is a one-way--upward-only--survival path.  Click link for more information about Set Point.

I’ve been reading a great many things written by Dr. Sharma. At this point, I have a lot of respect for his expertise and point of view.

I like the fact that Dr. Sharma believes that people need to stop beating themselves up for a lack of motivation, and understand that there are very good reasons why they struggle with their weight. He says:

”Everyone talks about eating right and exercising, which is so simplistic. I talk about things like time management and the links between mental health, depression and overeating. And I tell everyone to never trust a diet book that has recipes.”

His advice to other physicians is:

“Telling obese people to ‘eat less and move more’ is like telling someone with depression to cheer up. It’s not that easy. And telling someone that it is demonstrates your lack of understanding.”

Below is a recent video clip of Dr. Sharma. 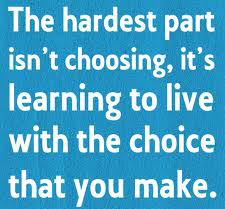 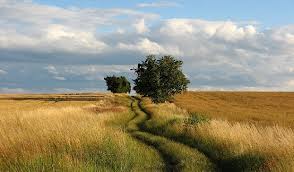 A statement often quoted is:

This was a statement made by Socrates, a Greek philosopher who lived from 469 BC to 399 BC. He was the teacher of Plato, and he was executed for corrupting the young.

There are many ways to look at the issues and values of life.
Thousands of years ago, Socrates stated his own opinion on the value of food in life, which has been quoted many times since then.

Yes, eating food is required for the body’s survival, and our bodies are designed to make us regularly fulfill that necessary function. However, I choose to value the process of eating highly, simply in and for itself. Food tastes good. I enjoy eating it, and find it to be one of the most pleasurable ongoing activities of life.

As far as I’m concerned, “living to eat” is a perfectly acceptable value choice.

Life requires us to constantly deal with conflicting values. I want to eat as much delicious food as often as possible. But I also want my body to be a “normal” weight. My vanity; my wish to move my body without pain and be generally in good health are some of the basic reasons for my desire to avoid obesity. So, how do I handle these conflicting values?

Below is an article which involves that issue.

Food is Not Just Fuel,
and That Matters for Your Diet

Some 12,000 years ago, on the banks of a small river in the western Galilee region of northern Israel, the Natufian people were burying one of their elders. She was a shaman—a medicine woman—and they buried along with her the wing tip of a golden eagle, the pelvis of a leopard, the front leg of a boar, the horns of a male gazelle and a severed human foot.

And while the true meanings of these burial accoutrements were unclear to the archaeologists who found her in 2008, the meaning the 70 charred tortoise shells and the gnawed and marrow-stripped bones of three aurochs— giant extinct cattle—was obvious. They were evidence of a great feast. As well, they were proof of the fact that food isn't simply fuel for our species—food is used for comfort, food is used for celebration and, in all likelihood, food has been used that way since we took our first figurative steps in the savannahs.

Yet, for many modern-day dieters, the use of food for comfort or celebration is expressly forbidden. Those who worry about weight may deny themselves of their lives' most comforting or celebratory indulgences for fear of their—almost by necessity—larger numbers of calories (green leafy vegetables don't tend to be much of a comfort) and their "bet-you-can't-eat-just-one" allure.

Those who worry about health may deny themselves entire food groups—food groups that they may in fact enjoy a great deal but avoid out of fear of a potential health risk or as a result of following a theoretical but as yet unproven eating philosophy.

So what's the problem? Doesn't it make sense to forbid the danger foods, the treats that simply can't be resisted or those groups of foods whose consumption may be unhealthy? Would cutting them out not further a dieter's aims, or is there a downside a person might want to consider?

The past 60 years of dieting, both for health and for weight management, have certainly seen a great many different approaches and options. But the one shared commonality is that, for the vast majority of dieters, diets are short-lived, white-knuckled affairs that, regardless of their actual dietary edicts, can be fairly described as planned suffering. And therein lies the rub.

We're not particularly good as a species at perpetual and unnecessary suffering. And just as we have been celebrating and comforting with food since time immemorial, so too have we tended to avoid unnecessary suffering. Ultimately, when life inevitably throws a blindly restrictive dieter a curve ball, dietary suffering tends to fall by the wayside; and when life lets up, the tendency for most is not to pick it up again.

I sometimes think of blindly restrictive dieting like an icy cold lake on an unseasonably hot day. You work up the nerve to dive in and, after the initial shock wears off and numbness sets in, you splash around happily for a while. But once you climb out, the memory of that initial frigidity is enough to keep you warmly on dry land— diving back in is almost never an option.

So instead of adopting a blindly restrictive, icy-cold lake diet, my advice is for you to practice thoughtful reduction. It's not about whether or not a food or an indulgence is allowed; it's whether or not you feel it's worth it to you, where worth isn't determined solely by calories or content, but also by circumstance, desire and the human condition.

Sometimes it's worth comforting or celebrating with the most nutritionally terrifying of foods. Just make sure, if you've decided it's worth it, to also ask yourself what's the smallest amount of that delicious awfulness that you need to like your life. A small bit of here-and-there awful, and maybe you'll actually stick to your new and improved dietary intake. But deny yourself that chance, and I'd bet, eventually, you'll find yourself right back at your all-you-can eat, unhappy square one. 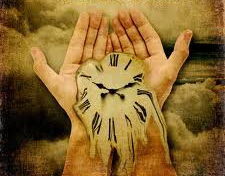 One’s philosophy is not best expressed in words;

it is expressed in the choices one makes.

The process never ends until we die.

And the choices we make are ultimately our own responsibility.