Obesity Myth: "Slow Weight Loss is Easier to Keep Off" 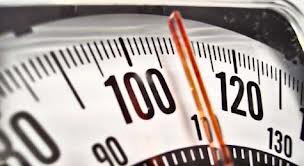 The authors of a research study about OBESITY MYTHS recently published in the New England Journal of Medicine, said the following statement has proven NOT to be True:

This “MYTH” came from:

“…a reaction to the adverse effects of nutritionally insufficient very-low-calorie diets (less than 800 calories per day) in the 1960s; the belief has persisted, has been repeated in textbooks and recommendations from health authorities, and has been offered as a rule by dietitians.”

In the 1960’s, very-low-calorie diets had inadequate protein content and a few other nutritional deficiencies, which resulted in rapid loss of lean tissue, thereby reducing metabolic rates beyond what may have been expected with a more gradual nutritionally balance weight loss.

However, here in 2010’s, low-calorie formula diets are generally high in protein and nutritionally balanced (except perhaps for fibre) and have in fact been shown in some cases to preserve lean body mass compared to simply eating less. Today, there are many documented situations where rapid weight loss by the use of Dr.-Supervised-low-calorie-diets are both indicated and  beneficial.

The study points out, that when comparing longer-term outcome data … more than a couple of years ….,  people who lose large amounts of weight rapidly, have no worse chance of keeping weight off, than those who lose weight slowly. The ultimate question with any diet is whether or not patients can live on a restrictive caloric intake, and possibly a rather high amount of physical activity, in the long-term.

Although we might assume that the radical changes which are needed for fast weight loss are less likely to be sustainable than more moderate and gradual changes, we must recognise that the effort to keep a given amount of weight off is the same irrespective of whether that weight loss was fast or slow.