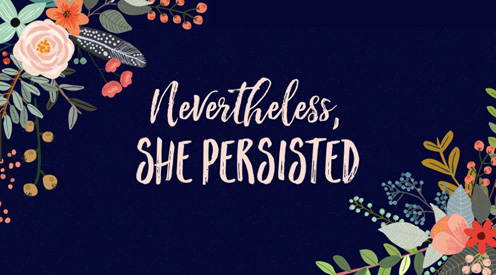 I created a Weight Range Maintenance Chart
in order to make my maintenance weight goals clearly visible.
This is my Current Chart. 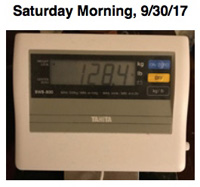 Here is a scale photo of my current weight.

I have been successfully maintaining a very large weight-loss for many years.  You can find my history in the ABOUT ME section which contains a great many links to detailed weight and calorie charts.

I reached my goal weight of 115 pounds in January 2006, and since that time I’ve been making ongoing, consistent, diligent efforts to maintain my weight near that number. 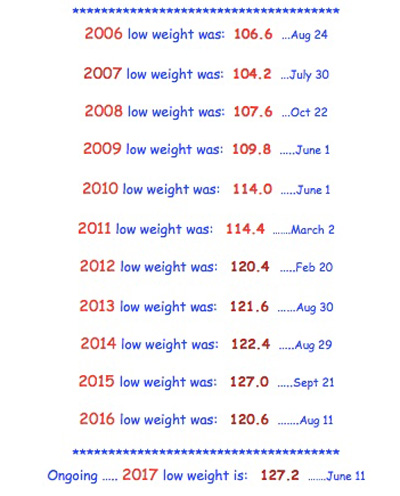 I work to keep my weight within a certain number range, rather than at an individual “goal weight” number.

I find this necessary because my body has frequent large weight bounces due to salt/water/waste issues.

Despite my best efforts, during any one-month period, my daily weight tends to bounce back and forth inside a 5 to 8 pound range.

On occasion however, my weight has BRIEFLY been as much as 10 pounds below and 5 pounds above that basic bounce range. 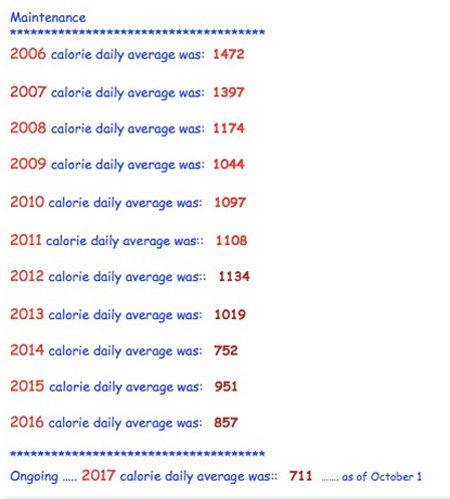 In order to demonstrate that the increases in these yearly lowest weights were NOT due to periods of inattention or a lack of effort, I’m also posting a corresponding yearly calorie chart showing my average daily calories during each of these passing years.


I’ll be writing more about this issue in an further article on the subject of Biological Adaptation to Weight Loss and Maintenance.


My current Weight Range Maintenance Chart shown at the top of this article is a modification and simplification of this previous chart.

During my 12 year maintenance period, although I’ve kept the Basic weight-range maintenance chart format, I’ve made several modifications to it.

If interested, you can read about it in the following articles.

You can also find further charts and detailed information about my weights and my food intake in the BLOG CATEGORY Status Updates.

Our Weight is Regulated by Our Biological System
- POSTED ON: Oct 01, 2017 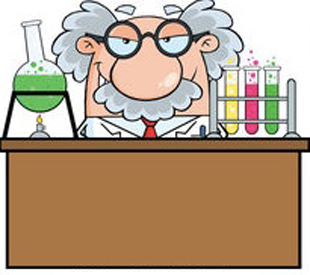 I continually read a great many books, articles, blogs, and forum posts on the subject of obesity.

No one,…. not even the most qualified medical doctor or scientist, … knows everything or holds only beliefs that are absolutely correct.

However, I am often amazed by the vast amount of existing misconceptions, myths, and wishful-thinking that gets spread and promoted by people who present themselves as obesity “experts” or “gurus”.

One thing that Scientists know for sure about obesity management, is the sad fact, that no diet, exercise, medication, not even bariatric surgery, will permanently reset the body’s tendency to defend and regain its body weight to its set point .... this generally being the highest weight that has been achieved and maintained for a notable length of time.

Thus, any effective long-term treatment MUST OFFSET the complex neurobiology which is designed to eventually doom every weight-loss attempt to ultimately "fail". 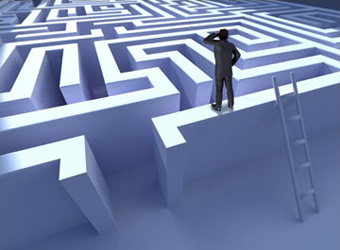 A comprehensive review recently published in Endocrine Reviews describes the complexity of  the biological system that regulates our body weight.

The 30+ page research paper, backed by about 350 scientific citations, was written by the undisputed leaders in the medical field of Endocrinology (Michael Schwartz, Randy Seeley, Eric Ravussin, Rudolph Leibel and colleagues)  and is actually a “Scientific Statement” from the Endocrine Society.

In other words, these Scientists know that they are talking about when they speak about the Science of Energy Balance, and in this paper they outline in excruciating scientific detail just how complex the biological system that regulates, defends, and restores body weight actually is.

From the Abstract of this research paper:

We included evidence from basic science, clinical, and epidemiological literature to assess current knowledge regarding mechanisms underlying excess body-fat accumulation, the biological defense of excess fat mass, and the tendency for lost weight to be regained.

A major area of emphasis is the science of energy homeostasis, the biological process that maintains weight stability by actively matching energy intake to energy expenditure over time.

Growing evidence suggests that obesity is a disorder of the energy homeostasis system, rather than simply arising from the passive accumulation of excess weight. 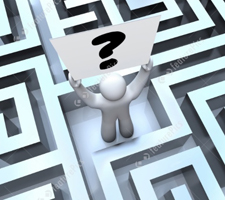 Their position is that, despite all we have learned about this system, we are still far from fully understanding it.

Science knows about one of the pathways, but there are many pathways in a complex network of multiple interacting pathways that involve virtually every part of the brain.

They say that the medical field currently needs a great deal more information about the specifics of this issue:

Answering this question requires an improved understanding of the neuro-molecular elements that underlie a “defended” level of body fat. What are the molecular/neuroanatomic predicates that help establish and defend a “set point” for adiposity? How do these elements regulate feeding behavior and/or energy expenditure, so as to achieve long-term energy balance? By what mechanisms is an apparently higher set point established and defended in individuals who are obese?” 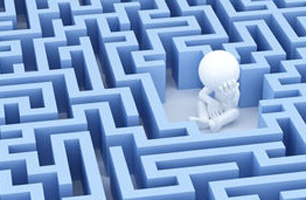 Given that recovery of lost weight ... (the normal, physiological response to weight loss irrespective of one’s starting weight) ... is the largest single obstacle to effective long-term weight loss, we cannot overstate the importance of a coherent understanding of obesity-associated alterations of the energy homeostasis system.”

So, in essence, this scientific paper shows why no simple solution to obesity is in sight; details the existence of an enormous Problem; and raises Questions for which Science still needs to find answers. 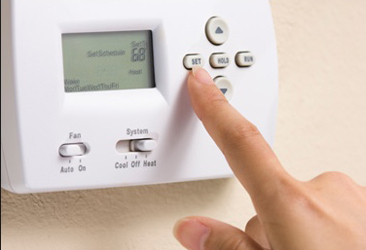 To get a simple explanation of the basic concept, see: Set Point.

Any “health & wellness” professional, medical doctor, or guru who claims that any particular Diet, Behavior, or LifeStyle can fundamentally change the part of the body’s biology which acts to protect and restore body fat in the long term is Simply Wrong.

They are either spreading a Lie, sharing a Myth, or offering a hypothesis for which no proof or reasonable evidence exists… which means that they are simply sharing their own Wishful-Thinking.

At this point, all credible Scientific Research indicates the following:

Ultimately NO diet or behavior
manages to “reset” the body-weight set point to a lower level,
in order to biologically “stabilize” weight loss for the long-term. 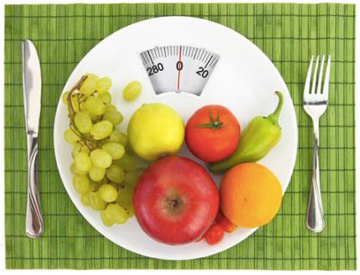 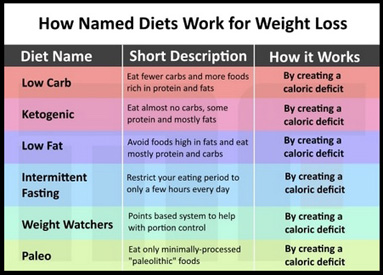 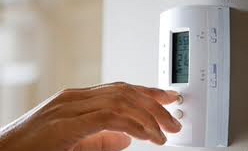 We do not understand how the body resists weight change and why, after weight loss, so many people regain it. The concept of a set point for weight is widely accepted.

The set point is like the thermostat in our central heating system. It is switched on when the temperature falls below a critical (set point) temperature and is switched off when that is exceeded.

Using the word “rachet” might help one conceptualize the set point concept.

To rachet is to cause to increase or decrease by increments. A rachet is a mechanical device consisting of a toothed wheel or rack engaged with a pawl that permits it to move in only one direction.

A person has an existing set point. That person gains weight, and then gains and sustains even more weight gain. This causes the set point to be racheted up, and once it passes each rachet, there is no going back. The rachet is the biological set point and it can be easily driven upwards, but is very difficult to drive back down.

Using the fat cell theory is helpful to further explain how this works.

For an example, let’s assume an average fat cell contains 0.4 micrograms of fat each. A person gaining weight might see that fat cell load expand to 0.6 micrograms. This is an acceptable load increase, and when the person loses weight, the fat cell level drops back to 0.4 micrograms.

This seesaw can go on forever, but when the weight gain loads the fat cell up to 0.8 micrograms, a tipping point is reached, and the fat cell divides. Now we have two fat cells, each containing 0.4 micrograms. Click! That was the ratchet turning irreversibly.

When we want to return to the previous weight, we must lose half the fat we gained. The problem with this is that each fat cell now has the standard fat load of 0.4 micrograms each, and to halve this to just 0.2 micrograms per cell requires us to get the cells to live a life they do not like. If we let our mind tell us what to eat, we can overcome the disgruntled fat cells which are below their fat quota. But all the time the basic animal biology of our body will be waiting to return to 0.4 micrograms per cell.

Then, along comes an event like a vacation, a holiday, or other eating occasion, and we take our eye off the ball .. lose our mental concentration, but the fat cells in our body didn’t rest, and we’ve regained our weight. The body is now back to the new set point it made when we went past the older set point and hit a new rachet.

In a 2007 research study, a team of Swedish researchers examined fat biopsies from about 680 lean and obese Swedish people. They found obese people can have as much as twice the number of fat cells as do lean people. The researchers also followed 20 gastric bypass patients who lost weight after their operations. Over the course of two years, their fat cells shrunk in size, but the total number stayed constant.

Fat cells can shrink, but once created, they never disappear. The body’s job is to work hard to get all of its cells (including fat cells) to survive and even to thrive. It is easy to continually rachet the biological set point up, but it is almost impossible to rachet it down.

A fat cell is not merely a passive container that stores fat. Leptin is one of the hormones produced by fat cells. Among other things, leptin tells the brain how much fat is in the body, and provides a direct communication link between the brain and fat cells.

Fat cells are the hub of a complex communication system that regulates many metabolic functions, continuously telling the brain how much energy the body has left, signaling muscles when they can burn fat, instructing the liver and other organs when to replenish fat stores, and controlling the flow of energy in and out of cells.

Because fat is so vital to survival, nature has created a complex system of overlapping feedback loops that make it very difficult to override the body's imperative to store energy. People with extra fat cells tend to regain lost weight rapidly.

This biological truth is the basic problem that exists with all of those “Non-Diet”, “Intuitive Eating” theories. A reduced obese person cannot rely on one’s BODY to make or to keep him/her lean. In fact… it is just the OPPOSITE. A reduced obese person’s BODY has the specific biological imperative of refilling EACH fat cell to its basic quota, which will return that person back to his/her former obesity set point.

The DietHobby ARCHIVES contain many other articles which also discuss this issue.