I’ve written quite a lot about calories, including the impossibility of achieving a totally accurate calorie count. Below are links to two of those articles:

A calorie is simply a measurement of energy, the amount of heat that something gives off through chemical processes. This is an “inexact” scientific concept which has been simplified for general use. Although there is nothing “perfectly accurate” about a calorie measurement, at this time there doesn’t appear to be an alternative way for Science to better measure the potential energy which is contained inside foods. 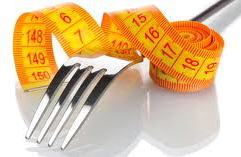 For me, “counting calories” is personally helpful as a “general” measuring tool,
while understanding that: 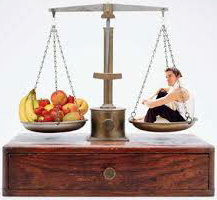 Even though it is true that our bodies process different macronutrients differently, … at the end of the day… it still remains that if a body consumes more energy than a body expends, it will accumulate fat.

The article below states the Paleo / Low-Carb position against using calories as a food measurement tool, which is basically: “The concept of the “calorie”, as applied to nutrition, is an oversimplification so extreme as to be untrue in practice.”

There Is No Such Thing As A “Calorie” (To Your Body)
by J. Stanton, online Paleo blogger,
author of The Gnoll Credo (2010)  (science fiction fantasy about primitive man)

A friend of mine once said “The problem with explaining complicated systems to the layman is this: it’s easy to simplify a concept to the point that that it’s no longer true.”

To that end, I submit the following hypothesis:

The concept of the “calorie”, as applied to nutrition, is an oversimplification so extreme as to be untrue in practice.

What Is A “Calorie”, Anyway?

The dietary calorie is defined as “the amount of energy required to increase the temperature of 1 kilogram of water by 1 degree Kelvin.”

The dietary calorie is actually a “kilocalorie” = 1000 calories, which is why you’ll occasionally see it abbreviated as “kcal”.

It’s an obsolete unit: the “joule” is the modern unit of energy. There are 4.184 joules in a calorie, and 4184 in a dietary calorie (kilocalorie).

Problem: Our Bodies Don’t Use “Calories”

You may already see the problem here: a “calorie” is a unit of energy transfer. We determine the number of “calories” in a food by, quite literally, burning it and measuring how much heat it generates.

This is a bomb calorimeter. Note: not equivalent to the human digestive and metabolic system. 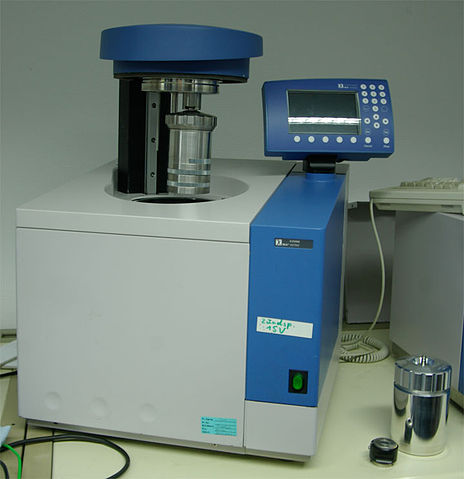 Unfortunately, our bodies are not steam engines! They do not burn the food we eat in a fire and convert the heat into mechanical work. Thus:

There is no biochemical system in our bodies whose input is a “calorie”.

Every metabolic pathway in our body starts with a specific molecule (or family of molecules), and converts it into another molecule—usually consuming energy in the process, not producing it.

In summary, the food we eat has many possible fates. Here are the major ones:

Note that only the last of these fates—immediate conversion to energy—even approximates the definition of a dietary “calorie”.

Why “Calories In, Calories Out” Is A Radical Oversimplification

By now, the problem with “calories in, calories out” should be obvious:

The fate of a “calorie” of food depends completely on its specific molecular composition, the composition of the foods accompanying it, and how those molecules interact with our current metabolic and nutritional state.

Note that “our current metabolic and nutritional state” is the definition of satiety, as I explain in my ongoing article series “Why Are We Hungry?”, and in my 2012 AHS presentation.

Did you just have an epiphany? I hope so.

So What Matters, If Not “Calories”?

Of the possible fates I listed above, only one is wholly undesirable…storage as fat.

I speak from the modern, First World point of view, in which obesity and the metabolic syndrome are more common health problems than starvation.

And while space does not permit a full exploration of all the possible fates of an ingested “calorie” (it’s called a “biochemistry textbook”), I will give a few examples.

A Few Possible Fates Of A “Calorie”: Protein

Imagine a molecule of “protein”.

Proteins are made up of chains of amino acids. (Learn more about proteins and their structure here.) Some proteins, such as meat, are readily digested and absorbed. Some are poorly digestible, such as the prolamins found in grains like wheat and corn, and part of them will either feed gut bacteria or be excreted. Then, once protein is absorbed, its composition of amino acids determines how much of the protein we can use to build and repair (the first three fates in the list above), and how much must be burned for energy or excreted.

The amino acid composition of grains is different than what our bodies need, since the metabolic needs of a grass seed are very different than the metabolic needs of a human being. That’s why grains score so low on measures of protein quality, such as the PDCAAS, compared to meat and eggs. (Grains score 0.25-0.4, versus approximately 1.0 for all animal-source proteins.)

But even if the protein is perfectly digested, absorbed, and of high quality, that is no guarantee of its fate! If we’ve already absorbed enough complete protein for our body’s needs, additional protein will still be converted to glucose, burned for energy, or excreted, no matter how high its quality. (Our bodies have no dedicated storage reservoir for protein…the process of muscle-building is very slow, and only occurs when stimulated by the right kinds of exercise.)

A Few Possible Fates Of A “Calorie”: Fructose

Imagine a molecule of fructose.

Under ideal conditions, fructose is shunted immediately to the liver, where it is converted into glycogen and stored for future use. However, fructose has many other possible fates, all bad. It can fail to be absorbed, whereupon it will feed gut bacteria—a process that can cause SIBO, and consequent acid reflux, when continued to excess. If our liver is already full of glycogen, fructose is converted to fat—a process strongly implicated in NAFLD and visceral obesity. And when our liver is overloaded with fructose (or alcohol, which uses part of the same metabolic pathway), it can remain in circulation, where it can react with proteins or fats to form AGEs (advanced glycation endproducts), useless and/or toxic pro-inflammatory molecules which must be filtered out by the liver.

An adult liver can only store, at most, 100-120g of glycogen…and our bodies never let it become deeply depleted.

The problem here should be obvious.

Now ask yourself: which of the above fates has any meaning relative to the definition of a “calorie”?

A Few Possible Fates Of A “Calorie”: Starch

I can’t possibly explore all the fates of starch, but here are some common ones.

Starch is made of glucose molecules chained together. Upon digestion, it’s broken down into these individual glucose molecules, and absorbed—usually reasonably well, unlike fructose (though certain forms, called “resistant starch”, are indigestible and end up being used for energy by our gut bacteria).

Once glucose enters our bloodstream, its fate depends on a host of metabolic and nutritional factors. Ideally, because high blood glucose is toxic, our muscles and liver are not already full of glycogen, and insulin will quickly force it into one of them, whereupon it will be stored as glycogen and used as needed. Our brain and red blood cells also need glucose, since they can’t run on fat, and if they’re low on energy they can burn it too.

Unfortunately, as we’ve seen, our liver has a very small storage capacity, and the capacity of our muscles isn’t very large either—1-2% of muscle mass.

Note that only reasonably intense exercise (> 50% VO2max) significantly depletes muscle glycogen, and only from the muscles used to perform the effort. Also note that the mainstream recommendation of 50-60% of daily “calories” from carbohydrate equals 300g-360g for a 2400 “calorie” diet.

Again, the problem here should be obvious.

Then, our cells will try to switch over to burning the surplus of available glucose, instead of burning fat for energy.

People with impaired metabolic flexibility have a problem switching between glucose and fat metabolism, for reasons that are still being investigated.

This is yet another example of how our nutritional and metabolic state affects the fate of a “calorie”; why a “calorie” of fat and a “calorie” of sugar are not equivalent in any sane sense of the word; and why different people respond differently to the same number and composition of “calories”.

Next, our body will try to “rev up” our basal metabolic rate in order to burn off the excess glucose…if sufficient cofactors such as T3 are available, and if our metabolic flexibility isn’t impaired. And a continued surplus will be (slowly) converted to fat in either the liver or in fat cells…but if it remains in circulation, it can react with proteins or fats to form AGEs (though more slowly than fructose).

Note that these proteins and fats can be part of living tissues: neuropathy, blindness, and all the complications of diabetes are consequences of excessively high blood sugar over the long term.

Are you starting to understand why the concept of a “calorie” is so oversimplified as to be effectively meaningless?

A Few Possible Fates Of A “Calorie”: Fat

Explaining all possible fates of all possible fats, even cursorily, would require an even longer section than the above two! However, I trust my point is clear: the fate of dietary linoleic acid differs from the the fate of DHA, the fate of palmitic acid, or the fate of butyrate, and their effects on our nutritional and metabolic state will also differ.

I also don’t have time or space to explore the following important factors:

Conclusion: The Concept Of A “Calorie” Is So Oversimplified As To Be Meaningless

Let’s recap some of the possible fates of a “calorie”:

Note that only the last of these fates—immediate conversion to energy—even approximates the definition of a dietary “calorie”.

I hope it is now clear that the fate of a “calorie” depends on a bewildering host of factors, including our current nutritional and metabolic state (our satiety), the composition of the other foods it’s eaten with; our biochemical individuality, both genetic and environmental; and much more. 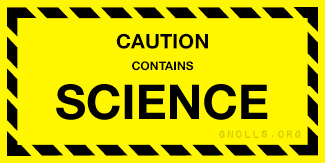 The author of this article is J. Stanton, who is an online Paleo blogger, and the author of The Gnoll Credo (2010) which is a science fiction fantasy about primitive man.

I've been unable to discover information about J. Stanton’s education or any indication that he has any professional credentials. At present, no bio exists on his blog, and his biography as posted on Amazon is quoted below:

"J. Stanton has written and published home and arcade video games, rock, electronic, and tribal music, automobile reviews, US and foreign patents, business plans, political campaign websites, and advertising copy. He spends much of his time ascending and descending mountains on skis, on bicycles, and on foot."

I’ve enjoyed reading past nutritional articles in J. Stanton’s blog at www gnolls.org, and a year or so ago I got his book, The Gnoll Credo (2010) from Amazon. Although I do read a great many books, enjoy reading, and have read lots of science fiction, this book did not hold my interest. I’ve not yet been able to force myself to read beyond the first few pages. Perhaps I’m too civilized or perhaps the plot is too much of a “boy” thing for me. However, I do own the book, and someday, I might choose to finish reading it.