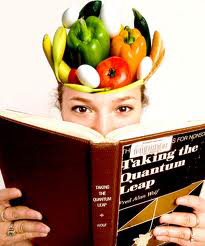 “We cannot actually say on the basis of truly conclusive evidence what specific dietary pattern is best for human health, because definitive head-to-head comparison trials have not been done, and almost certainly won’t be.

Would you sign up to be randomly assigned to a specific dietary pattern for the next several decades? Only if thousands were to answer “yes” would such a trial be feasible – with the enormous costs and daunting logistics still standing in the way.”

This is an insightful statement by Dr. Kantz, who is one of the current High Priests of “Healthful Eating”. However, just like the rest of them … despite the lack of such conclusive evidence,… Dr. Kantz chooses to form his own “expert” opinions and to share them with as many as possible, as often as possible.

Recently he spoke out about his own position concerning GMOs.
GMOs is a term for genetically modified organisms. Those who are strongly opposed to them have coined the term: “Frankenfoods”, to negatively describe them. The term is based on the novel, Frankenstein, published in 1818 by Mary Shelley about a creature produced by an unorthodox scientific experiment

Although I'm personally not a "fan" of Dr. Kantz, he seemed to take a Thoughtful and Balanced approach to the issue of GMOs, so I’ve decided to share his article here at DietHobby.

The topic of genetically modified foods is buffeted by deep passions from the one side, and deep profits from the other.

Images of scientists inserting eye-of-newt genes into escarole, or wool-of-bat genes into walnuts, stalk the nightmares of pure food proponents, and up to a point, rightly so. Even if the intentions of those tinkering with foods are good -- such as putting antifreeze genes from amphibians into oranges so they are not destroyed by an early frost -- the law of unintended consequences pertains. There is ample reason, in principle, to be wary of Frankenfoods.

There may be reason in epidemiology as well. We are substantially uncertain about why rates of gluten intolerance and celiac disease are rising; genetic modification of food may be a factor. Some go so far as to declare modern wheat a "poison," lest sugar get all that negative attention! Genetic modification may be a factor, as well, in everything from food allergies, to irritable bowel syndrome, to behavioral and cognitive disorders occurring with increasing frequency in our children.

I feel we need a more balanced perspective on this topic.

Genetic modification is not all bad. There, I've said it.

Opposition to genetic modification comes easy in principle, but is a slippery, treacherous, obstacle-strewn slope in practice. If we consider sexual reproduction a form of genetic modification, and in literal terms it certainly is, then we have been in the practice since before our species was a species. Natural selection is a process of genetic modification.
If we limit the definition to willful manipulation of gene combinations to produce specific, intentional effects -- we have still been at it since the very dawn of agriculture and the domestication of the wolf.

Virtually none of the produce that now constitutes the most nutritious part of our diets existed before the dawn of agriculture only 12,000 or so years ago. Whole grains, which are a mainstay ingredient for some of the companies most adamantly opposed to GMOs, did not exist in their current form and were not part of the human diet prior to that same, recent revolution.

To some extent, arguments against all genetic modification represent a longing for an elusive kind of food purity. But arguments for such purity tend to dissolve under scrutiny. To paraphrase, one proponent's purity is another's contamination.

Some purists argue that our grains should all be unrefined, and free of genetic modification. But another band of purists points out that our Stone Age ancestors did not eat grains at all. And, furthermore, the grains we consume today are all a product of genetic modification of the selective type. We didn't tinker with genomes in test tubes until recently -- but we did it in the dirt long before.

If we adopt the most restrictive definition of genetic modification and say it refers only to combining genes from different breeds that would not normally mingle in nature, we have still been at it for millennia, in the form of horticultural grafting -- which is said to have begun around 2000 B.C. in China. Monsanto had no shareholders at the time.
If the basic objection here is to bringing genes together in an "artificial" manner, then the same objection should apply to in vitro fertilization, and dog breeding.

Perhaps the fundamental objection is to mingling genes from different species. But almost anything in a nursery that says "hybrid," such as hybrid tea roses, indicates that different plants were mated to create a "blended" offspring with the desirable traits of both parents. We have this to thank for many of the wines we drink, the diverse colors of roses and tulips that grace our gardens, and so on.

Our own bodies are a mix of genes from different species Normal human physiology is a product of native DNA, and the DNA of innumerable foreign bacteria that populate our inner and outer surfaces. We can take the argument a step further than that, a step inside our own cells, where our mitochondria reside. Mitochondria are the energy generators of our bodies. They are a fixed, essential part of us -- but they have a distinct set of genes. They are, emphatically, the insertion of genes from one species into another. That is classically genetic modification.

Admittedly, it is naturally occurring. But tempting though that tack may be, it quickly degenerates into the contention that nature is good, and science is bad. That, of course, is just silly.

Science can go badly awry, of course, and certainly has. But it can do -- and has done -- enormous good. Nature can be bountiful and beneficent. But anyone paying attention must concede she can at times also be downright nasty.

Genetic modification is a product of both. Nature modified our genes to protect us from malaria, for instance. And, just as it can be with human-mediated genetic modification, the law of unintended consequences was invoked. We wound up with the misery of sickle cell anemia.

There are other forces to consider here. Anyone opposed to GMOs should be donating routinely to Planned Parenthood, because we can't feed 10 billion of us, or 12, without crop yields buoyed by genetic modification. Population growth, unfettered, will give Monsanto several billion more reasons to make fortunes.

So will climate change, as the planet becomes ever less hospitable to the crops we know and love. And, frankly, so will eating animal products -- since that is vastly less efficient use of the sun's energy than eating plants directly.

Genetic modifications can increase yields, reduce use of chemical pesticides, lower costs, and/or foster tolerance of drought, heat, or frost. If the matter is on trial, both prosecution and defense arguments are warranted before a rational verdict can be reached.

Good and bad can result from the machinations of both nature and science, and from the genetic modifications endowed by each. The right effort is directed not at carte blanche endorsement, or stem-to-stern renunciation, but at distinguishing the bad from the good.

Our great big Homo sapien brains are themselves a product of genetic modification, albeit of a naturally occurring variety. We need them to get past passions and profiteering alike, to balance, and the innumerable practical advantages of genetically modified... perspective.

Dr. Kantz, is a medical doctor (M.D), with a Masters in Public Health, (MPH), is a Fellow of the American College of Preventive Medicine (FACPM), and a Fellow in the American College of Physicians (FACP). Dr. Katz is active in many health organizations; is a leading voice in medical media; is quoted almost daily in major news publications; and appears routinely on national TV.

Dr Kantz has authored:
“The Way to Eat” (2004) which recommends using healthy snacking to keep hormones in line, and control hunger by limiting one’s variety of food flavors at one sitting.

“The Flavor Point Diet “ (2005)  weight-loss by combining the right flavors at the right time.

Dr. Kantz is listed as a co-author of:
“The Plant Powered Diet” (2012) in the Forward, he writes that he agrees with Michael Pollan’s recommendation to “Eat food, not too much, mostly plants.” says that “the dietary sweet spot .. is loving food that loves us back.” whether it be plant-based vegan, vegetarian, or omnivorous diets; and that we need to “consider sustainability” and the effect on the planet as a feature of any diet competing to be ‘best’.

I’ve read a few of his books and found them interesting. My own personal experimentation with Dr. Kantz’s diet recommendations left me unimpressed with his methods and results. However, it is not a one-size-fits-all world, and every diet works for someone.