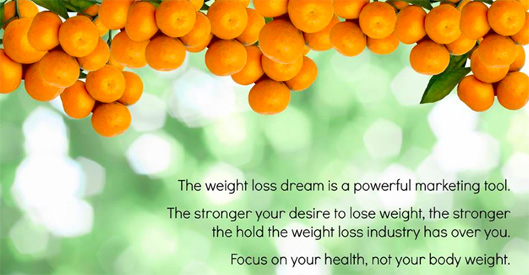 Why being 'overweight' means you live longer: The way scientists twist the facts.
by Dr. Malcolm Kendrick, M.D.

I have been studying medical research for many years, and the single most outstanding thing I have learned is that many medical "facts" are simply not true. Let's take as an example the health risks of drinking alcohol. If you are a man, it has virtually become gospel that drinking more than 21 units of alcohol a week is damaging to your health. But where did the evidence to support this well-known "fact" come from?

The answer may surprise you. According to Richard Smith, a former editor of the British Medical Journal, the level for safe drinking was "plucked out of the air". He was on a Royal College of Physicians team that helped produce the guidelines in 1987. He told The Times newspaper that the committee's epidemiologist had conceded that there was no data about safe limits available and that "it's impossible to say what's safe and what isn't". Smith said the drinking limits were "not based on any firm evidence at all", but were an "intelligent guess".

In time, the intelligent guess becomes an undisputed fact. On much the same lines, we have the inarguable "fact" that being overweight is bad for your health. I should say that, by definition, being "overweight" must be bad for your health – or we wouldn't call it overweight. But we do not define overweight as being the weight above which you are damaging your health; it has an exact definition.

To be overweight means having a BMI of between 25 and 30. Not as bad for you as obesity, but still damaging. Why else would all hospitals and doctors surgeries have BMI charts plastered on the wall with little green squares, orange squares and red squares? Green is normal weight, orange is overweight and red is obese. Even Wikipedia confirms this: "The generally accepted view is that being overweight causes similar health problems to obesity, but to a lesser degree. Adams et al estimated that the risk of death increases by 20 to 40 per cent among overweight people, and the Framingham heart study found that being overweight at age 40 reduced life expectancy by three years."

You can also find papers in prestigious medical journals such as the Journal of the American Medical Association (Jama) with the following headline: "Excess deaths associated with underweight, overweight and obesity." That certainly suggests that overweight is bad for you. However, if you look more closely at the paper in Jama, we can find these words: "Overweight was not associated with excess mortality." (My italics). Perhaps more extraordinarily, what the researchers actually found was that those who were overweight lived the longest; they lived longer than those of "normal" weight.

You may be surprised to find that you can have a paper in one of the world's leading medical journals entitled "Excess deaths associated with underweight, overweight and obesity", which found that overweight people lived the longest. After studying medical research for as long as I have, I am far from surprised. I regularly find that the title of a paper, the abstract, and even the conclusions often bear very little relationship to what the study actually found.

Perhaps you think I am being selective and only choosing one misleading paper. Well, here are the conclusions of another study done in Canada in 2010: "Our results are similar to those from other recent studies, confirming that underweight and obesity class II+ (BMI > 35) are clear risk factors for mortality, and showing that when compared to the acceptable BMI category, overweight appears to be protective against mortality." I love the way they couldn't bring themselves to say "normal" BMI. They had to call it "the acceptable BMI category". This, I suppose, helps to fend off the inevitable question. If people of normal weight have shorter lifespans than those who are overweight, why do we call them normal? Surely we should call them "mildly underweight", at which point we would have to call people who are now considered overweight "normal".

You can see a further example of the weird strangulation of the language occurring a year earlier. In 2009, a German group did a painstaking meta-analysis of all studies on overweight and obesity that they could find. As with most other researchers, they found that being overweight was good for you. Of course, they didn't phrase it in this way. They said: "The prevailing notion that overweight increases morbidity and mortality, as compared to so-called normal weight, is in need of further specification."

In need of further specification? An interesting phrase, but one that hints at the terrible problems researchers have when their findings fail to match prevailing dogma; if the prevailing consensus is "if your BMI is between 25 and 29, it is damaging your health and you should lose weight", then you challenge this at your peril. The end result of this is that the titles of scientific papers can end up twisted through 180 degrees, while in others, the prose becomes ever more tortured.

Despite the fact that study after study has demonstrated quite clearly that "overweight" people live the longest, no one can bring themselves to say: "Sorry, we were wrong. A BMI between 25 and 29 is the healthiest weight of all. For those of you between 20 and 25, I say, eat more, become healthier." Who would dare say such a thing? Not anyone with tenure at a leading university, that's for sure.

In truth, this discussion should not quite stop here. For even when we get into those with a BMI greater than 30, those who truly are defined as "obese", the health dangers are greatly overestimated, mainly because of the widespread use of what I call the statistical "clumping game". Obesity researchers are world-leading experts at the clumping game. In most studies, the entire population is divided ("clumped") into four groups: underweight, normal weight, overweight and obese – obese being defined as a BMI of 30 and above. That means those with a BMI of 31 are clumped together as part of a group which includes those with a BMI of 50 – and above. What does this tell us about the health problems of having a BMI of 31? Well, absolutely nothing.

There is no doubt that becoming heavier and heavier must, at some point, damage your health and reduce your life expectancy. Where is this point? Well, it is certainly not anywhere between 25 and 30, and it could be even higher. Indeed, I have seen research on Italian women showing that a BMI of 33 was associated with the longest life expectancy. In other studies, where obesity was actually further sub-divided, those with a BMI between 30 and 35 lived longer than those of so-called "normal" weight.

So, while I cannot tell you when "obesity" becomes a major health problem, I can definitely tell you that being "overweight" is the healthiest and most "normal" weight of all. 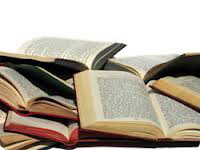 Malcolm Kendrick is a Scottish medical doctor, author of Doctoring Data (2015), and The Great Cholesterol Con (2008).