Does the Body Tell Us WHAT food to eat? - Intutive Eating 1 - Diet Review 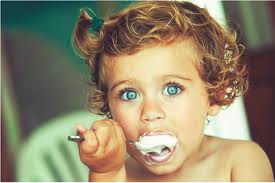 Intuitive Eating is a Diet which claims it is not a diet.
I've shared about the IE concepts here on DietHobby before, and I personally believe they are ineffective for almost everyone. However, it is NOT a one-size-fits-all world, and I am certain, that ... just like every other diet ... Intuitive Eating works for someone.

One of the primary eating concepts of Intutive Eating is:

"eat whatever you want - because your body has natural wisdom about what it needs, and it will provide you with that information."

Unfortunately, this is an Untrue Statement,... merely a crock of magical, wishful thinking with no basis in reality,... not through Basic Science, Research Studies, or documented Real Life Experiences of People. I find it amazing that Nutritionists and other Medical Professionals continue to adopt and broadly disperse that totally flawed concept.

Recently I ran across a series of articles about the basic Intutive Eating Concepts by UK addiction counselor, Gillain Riley, who appears to share my own point of view on this matter. She states her professional knowledge about these concepts in a thoughtful and precise manner.

HOW DO YOU KNOW WHAT TO EAT?
by Gillian Riley, Author of Ditching Diets (Revised edition of Eating Less)

'Intuitive Eating' promotes eating when hungry, stopping when full, and eating whatever you want. I've heard people say that this makes so much sense, they don't understand why they can't manage to do it. Well, this advice doesn't make any sense to me at all, so maybe you'll let me know what it is that I'm not understanding!

These ideas are widespread, having been promoted by Susie Orbach for years, among many others. Just google 'intuitive eating' and you'll see it's all over the place. This will take a while to cover, so I'll start with the suggestion to 'eat whatever you want' (because the innate wisdom of your body lets you know what it needs) and continue with the other aspects of this advice in my next newsletter.

The experience of 'wanting to eat' something is going to feel very different to each person, and even for each person from occasion to occasion. It's feeling attracted towards some food, certainly, and most likely thinking you would enjoy eating it, that you fancy it. This attraction could be barely conscious, but when we are aware of it, it often gets called a craving. (I think of attraction, desire, urge and craving as the same thing, with varying degrees of intensity, just as irritation is a less intense form of rage.)

I have heard people say that they crave greens sometimes, and perhaps that's true for you. But if you had some raw spinach leaves in a bowl in the kitchen and a slice of cake on a plate next to it, we surely know which one would be more likely to grab your attention and not let go. A 'craving for greens' may be no more than the awareness that you haven't had any for a while, a purely cognitive process rather than an expression of your body's need for B vitamins. The reason I say this is because what is craved by most people most of the time is food that contains various combinations of high-density, starchy carbohydrates (such as sugar, potatoes and processed grains) salt and fats.

A Tufts University study looked at the eating habits and self-reported food cravings in a group of overweight women over a period of six months. (1) They found that those foods that were craved were more than twice as high in energy density as other foods in their diet. Not only were they high in energy density, but the craved foods had higher fat content and lower fibre and protein content. The reason is simply that the starchy carbs and fat have greater reinforcing properties, biochemically speaking, and this has been well established in research.

I cannot emphasise enough how important it is to accept that this is always a matter of degree. Fat in particular is what makes our food enjoyable, and it's very important to enjoy what you eat. But for many who overeat, they enjoy too much. They satisfy an appropriate delight in food but on top of that they satisfy excessive, addictive desire too often. They do this because they have trained themselves to expect more of the more addictive elements more often. So they eat more fat and more starchy carbs at meals, often quite literally mixed up on the plate with the food that's really needed. Then more fat and sugar for dessert after the meal. And maybe some more fat, carbs and salt for snacks later on that evening.

They develop that habit and repeat it daily for years. And then, whenever they stop to listen to what their body 'needs', guess what? It 'needs' sugary fat! It's like a smoker asking her body if it needs a cigarette. Of course it seems to, but this is the twisted reasoning of addiction speaking.

There isn't a great deal of research on this aspect of 'intuitive eating', I suspect because the people who do the research on appetite don't take it seriously enough to study. One study, though, at the Department of Psychology at the University of Pennsylvania sums it all up for me. (2) They put the pharmacological elements of chocolate into capsules and gave them to self-confessed 'chocolate cravers' to see if the capsules would satisfy their cravings. They didn't. At all. As you might expect.

I could go along with this idea of tuning into my genuine needs if I lived in an environment where I had only ever encountered and eaten purely natural foods, and where sugar and fat were very occasionally on offer. But why would a reliable, natural system exist when it's only relatively recently that we have had access to such abundance and such an enormous variety of food available year round, and especially so much high-density, manufactured food? It makes no sense (to think) that my body has evolved with built-in intuition to help me manage my appetite for all this stuff.

I know I used to think that there were probably some nutrients I needed that were contained, for example, in ice cream. It's just not true, though. Ice cream is just more processed carbs and lots of fat. By all means eat it if that is your choice. It tastes good because anything with that much fat and sugar in it is going to taste good. But it's still not nutritious.

So how do I know that? I read books. I read the most thoroughly well researched books on nutrition I can find, such as The China Study (outstanding, although a hefty read) and Anti-Cancer. (3) I educate myself about what my body needs because both the quality and the quantity of my life depend on it.

If you don't have the time or inclination to read, remember the idea is not to cut this stuff out entirely, but clearly if you want to eat less, then it's most likely low-nutrient, high-density processed carbs and fat that you would do best to cut back on. Getting clear about the nature of your desire for them will help you to achieve that, so the first step is to let go of this idea that your body transmits its wisdom about what you need.

How you eat less of the food you crave - without feeling like you're missing out, being restricted or deprived, without becoming obsessed with the food you're not eating, and without becoming rebellious and eating even more - how to manage all that is contained in the technique I write about and teach. The end result is that you learn to enjoy food that has less fat and starchy carbs. You realise that the less you eat of it, the less you feel like you need it. As that happens, the more you will enjoy the food that doesn't have so much of those highly reinforcing, addictive elements.

Just one more point, and that is that my body does tell me what to eat but in a completely different way, and this is after eating, rather than before. When you tune in to the different effects eating various foods have on your body - in terms of energy, sleep, digestion, joint aches, head aches, mood, to name a few - you tune in to the most powerful and effective motivation there is to eat differently and to eat less.

Here's a link to my book review of Ditching Diets (2013) by Gillian Riley.