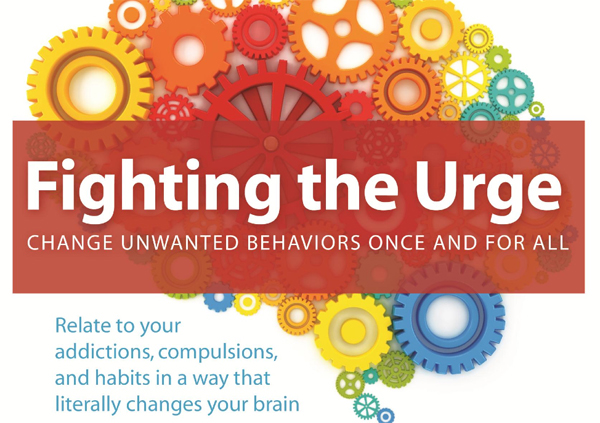 NOTE:  7/3/2016 update.  At the time this review was written, Dr. Amy Johnson gave online free access to this e-book.  Since that time, the e-book link has disappeared, but this review remains valuable because an expanded view of the book's concepts are contained in her new book (2016) which is:

The Little Book of Big Change: The No-Willpower Approach to Breaking Any Habit  by Amy Johnson, PhD (2016). Combining modern neuroscience with spiritual principles, Dr Amy Johnson delivers a new understanding of habits that is practical and simple. She explains why harmful habits aren’t powerful, stable parts of who we are, but merely temporary logjams that cloud our natural state of well-being; and points readers toward the guidance of their innate wisdom. Those with any type of harmful behavioral or mental habit could benefit from reading this book.

In "The Little Book of Big Change" Dr. Johnson tells us that the book uses principles from Kathryn Hansen’s book Brain over Binge and Jeffery Schwartz’s book You Are Not Your Brain.  These principles are also similar to those found within Gillian Riley's book, Ditching Diets.

In "Fighting the Urges" the author says that the book is designed to help permanently change unwanted habitual behaviors. She offers a way to relate to one's addictions, compulsions, and habits in a way that she believes will literally physically change one's brain.

Step #1: View your urges as neurological junk. This is also referred to as Re-labeling.

This means you stop believing your urges signal a real physical or emotional need—you see that they are insignificant. You view them as automatic brain messages generated in your Lower Brain that deserve no attention.

Step #2: Separate your highest human brain from your urges. This is also referred to as Reframing.

This means you realize the urges aren't really you; they are simply Lower Brain- based messages. The you that has a personal identity, makes conscious decisions, is smart, and has opinions and preferences and dreams is something altogether different.

Step #3: Stop reacting to your urges. This is also referred to as Revaluing.

In step three, you stop giving your urges attention and allowing them to affect you emotionally. You view them as neurological junk, with no judgment or emotion attached.

Step #4: Stop acting on your urges. This is also referred to as Refocusing.

When you stop acting on our urges, your brain rewires around the new normal of not acting on your urges.

Dr. Johnson says that having conflicting desires about our behavior make it feel like we have two minds, and discusses the "Higher Brain" and the "Lower Brain. The animal part of us—the Lower Brain—believes our survival depends on performing a specific action. However, our Higher Brain—where decisions are made—is ultimately in charge of our actions. These areas are pictured in the graphic at the bottom of this book review.

She says that our brains are wired to produce urges because we’ve acted on those urges many times in the past. When we stop acting on the urges, we rewire our neural circuitry and the urges stop.

The book gives the following example:

"Let’s say your compulsion is food. When you’ve heard the urge from your Lower Brain to eat large quantities of unhealthy food in the past, you’ve obeyed that urge and followed through—probably many, many times in your life.

Each time you do this, you strengthen the habit in your brain. What you practice becomes fixed, and your brain literally changes to support the behavior. This is how a habit is formed.

Given that repeated practice is how you created this habit in your brain to begin with, it makes sense that you will reverse it by not acting on the urge many times. When you do that, you’re teaching your brain that the habit is no longer necessary.

You can’t reason with the Lower Brain. It’s a non-thinking, unintelligent machine, and it has no ability to understand reason. So you can’t talk your brain out of your habit by trying to convince yourself that the urges are ridiculous or by talking back to the urges or pleading with them to leave you alone. All of that attention actually reinforces the urges and makes them stronger. Attention and emotion are neural super glue. What you focus on is strengthened."

The book was short, simple, and informative. I personally found it to be helpful, and I highly recommend it to others.

"My intention for this work is that it is widely shared with as many people as possible. Please feel free to reprint, publish, and share any part of this e-book with anyone who you think might benefit from it." and "Please include the following with any portion you reprint:Reprinted with permission from the author, Dr. Amy Johnson (www. DrAmyJohnson. com)"

You can learn more about Dr. Johnson's writings at dramyjohnson.com. 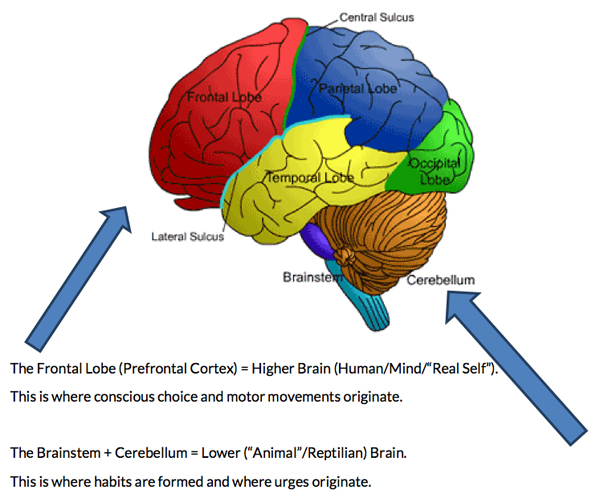