We Are Going to Die. 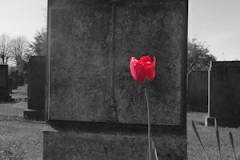 Something that I keep in mind while I exercise my Dieting Hobby is the process of aging.

I’d like to live the rest of my life as a small woman, and die at a normal weight.

Although I’m currently in good health, this will end one day … no matter what food or exercise plan I choose, or how well I follow a “Healthy” lifestyle plan.

I am older at this moment than I’ve ever been before, and it’s the youngest I’m ever going to get. The mortality rate is 100 percent.  Eveyone dies.

Large and moneyed industries thrive on sustaining the ILLUSION that with enough money and information we can control how we age and die.

But an Illusion is something that deceives by producing a false or misleading impression of reality, and although we would like this fantasy to be true, it is not.

Here is an excellent and thoughtful article on this Reality.

My sister and I recently toured the retirement community where my mother has announced she’ll be moving. I have been in some bleak clinical facilities for the elderly where not one person was compos mentis and I had to politely suppress the urge to flee, but this was nothing like that. It was a very cushy modern complex housed in what used to be a seminary, with individual condominiums with big kitchens and sun rooms, equipped with fancy restaurants, grills and snack bars, a fitness center, a concert hall, a library, an art room, a couple of beauty salons, a bank and an ornate chapel of Italian marble. You could walk from any building in the complex to another without ever going outside, through underground corridors and glass-enclosed walkways through the woods. Mom described it as “like a college dorm, except the boys aren’t as good-looking.” Nonetheless I spent much of my day trying not to cry.

You are older at this moment than you’ve ever been before, and it’s the youngest you’re ever going to get.

At all times of major life crisis, friends and family will crowd around and press upon you the false emotions appropriate to the occasion. “That’s so great!” everyone said of my mother’s decision to move to an assisted-living facility. “It’s really impressive that she decided to do that herself.” They cited their own stories of 90-year-old parents grimly clinging to drafty dilapidated houses, refusing to move until forced out by strokes or broken hips. “You should be really relieved and grateful.” “She’ll be much happier there.” The overbearing unanimity of this chorus suggests to me that its real purpose is less to reassure than to suppress, to deny the most obvious and natural emotion that attends this occasion, which is sadness.

My sadness is purely selfish, I know. My friends are right; this was all Mom’s idea, she’s looking forward to it, and she really will be happier there. But it also means losing the farm my father bought in 1976, where my sister and I grew up, where Dad died in 1991. We’re losing our old phone number, the one we’ve had since the Ford administration, a number I know as well as my own middle name. However infrequently I go there, it is the place on earth that feels like home to me, the place I’ll always have to go back to in case adulthood falls through. I hadn’t realized, until I was forcibly divested of it, that I’d been harboring the idea that someday, when this whole crazy adventure was over, I would at some point be nine again, sitting around the dinner table with Mom and Dad and my sister. And beneath it all, even at age 45, there is the irrational, little-kid fear: Who’s going to take care of me? I remember my mother telling me that when her own mother died, when Mom was in her 40s, her first thought was: I’m an orphan.

Plenty of people before me have lamented the way that we in industrialized countries regard our elderly as unproductive workers or obsolete products, and lock them away in institutions instead of taking them into our own homes out of devotion and duty. Most of these critiques are directed at the indifference and cruelty thus displayed to the elderly; what I wonder about is what it’s doing to the rest of us.

Segregating the old and the sick enables a fantasy, as baseless as the fantasy of capitalism’s endless expansion, of youth and health as eternal, in which old age can seem to be an inexplicably bad lifestyle choice, like eating junk food or buying a minivan, that you can avoid if you’re well-educated or hip enough. So that when through absolutely no fault of your own your eyesight begins to blur and you can no longer eat whatever you want without consequence and the hangovers start lasting for days, you feel somehow ripped off, lied to. Aging feels grotesquely unfair. As if there ought to be someone to sue.

We don’t see old or infirm people much in movies or on TV. We love explosive gory death onscreen, but we’re not so enamored of the creeping, gray, incontinent kind. Aging and death are embarrassing medical conditions, like hemorrhoids or eczema, best kept out of sight. Survivors of serious illness or injuries have written that, once they were sick or disabled, they found themselves confined to a different world, a world of sick people, invisible to the rest of us. Denis Johnson writes in his novel “Jesus’ Son”: “You and I don’t know about these diseases until we get them, in which case we also will be put out of sight.”

My own father died at home, in what was once my childhood bedroom. He was, in this respect at least, a lucky man. Almost everyone dies in a hospital now, even though absolutely nobody wants to, because by the time we’re dying all the decisions have been taken out of our hands by the well, and the well are without mercy. Of course we hospitalize the sick and the old for some good reasons (better care, pain relief), but I think we also segregate the elderly from the rest of society because we’re afraid of them, as if age might be contagious. Which, it turns out, it is.

Because of all the stories we’ve absorbed, we vaguely imagine that our lives will take the shape of a narrative — the classic Aristotelian ramp diagram of gradual rising action (struggle and setbacks), climax (happy marriage, professional success), and a brief, cozy denoument (kicking back with family and friends, remembering the good times on a porch someplace pretty). But life is not shaped like a story; it’s an elongate and flattened bell curve, with an attenuated, anticlimactic decline as long as its beginning. Friends have described seeing their parents lose their faculties one by one, in more or less the reverse order that their young children are acquiring them.

Another illusion we can’t seem to relinquish, partly because large and moneyed industries thrive on sustaining it, is that with enough money and information we’ll be able to control how we age and die. But one of the main aspects of aging is the loss of control. Even people with the money to arrange to age in comfort can die in agony and indignity, gabbling like infants, forgetting their own children, sans everything. Death is a lot like birth (which people also gird themselves for with books and courses and experts) — everyone’s is different, some are relatively quick and painless and some are prolonged and traumatic, but they’re all pretty messy and unpleasant and there’s not a lot you can do to prepare yourself.

I’m not trying to romanticize the beauty of osteoporosis, the wisdom of Alzheimer’s or the dignity of incontinence. More than one old person has ordered me, “Do not get old.” They did not appear to be kidding. I’m not talking about Learning from the Invaluable Life Experience of Our Elders, or even suggesting we need to accept the inevitable with grace. I am all for raging against the dying of the light, and if they ever develop DNA rejuvenation or some other longevity technique I will personally claw, throttle and gouge my way through Warren Buffett, Rupert Murdoch and any number of other decrepit billionaires in order to be first in line.

But we don’t have a choice. You are older at this moment than you’ve ever been before, and it’s the youngest you’re ever going to get. The mortality rate is holding at a scandalous 100 percent. Pretending death can be indefinitely evaded with hot yoga or a gluten-free diet or antioxidants or just by refusing to look is craven denial. “Facing it, always facing it, that’s the way to get through,” Conrad wrote in “Typhoon.” “Face it.” He was talking about more than storms. The sheltered prince Siddartha Gautama was supposedly set on the path to becoming the Buddha when he was out riding and happened to see an old man, a sick man and a dead man. Today he’d be spared the discomfiture, and the enlightenment, unless he were riding mass transit.

Just yesterday my mother sent me a poem she first read in college — Langston Hughes’s “Mother to Son.” She said she could still remember where she was, in her dorm room at Goshen College, when she came across it in her American Lit book. The title notwithstanding, it does not make for Hallmark-card copy. Life for me ain’t been no crystal stair. It tells us that this life is not a story or an adventure or a journey of spiritual self-discovery; it’s a slog. And it orders us to keep going, don’t you dare give up, no matter what. Because I’m your mother, that’s why.

Mother to Son
BY Langston Hughes

Well, son, I’ll tell you:
Life for me ain’t been no crystal stair.
It’s had tacks in it,
And splinters,
And boards torn up,
And places with no carpet on the floor—
Bare.
But all the time
I’se been a-climbin’ on,
And reachin’ landin’s,
And turnin’ corners,
And sometimes goin’ in the dark
Where there ain’t been no light.
So boy, don’t you turn back.
Don’t you set down on the steps
’Cause you finds it’s kinder hard.
Don’t you fall now—
For I’se still goin’, honey,
I’se still climbin’,
And life for me ain’t been no crystal stair.