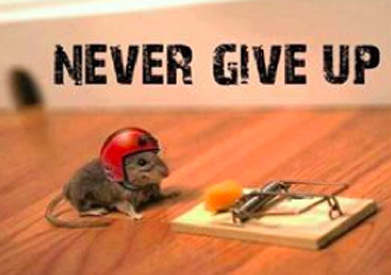 As part of my dieting hobby,
sometimes I take pictures of my “Petite Meals”
and post them in various online groups.

You can see some of those photos here at DietHobby
at RESOURCES, Photo Gallery.

Here’s a Comment from a member of one of those groups,
and my Response to it.

“Wow that is so incredible.  Perfect portion sizes.

Phyllis, one question.
The small meals you post show they are often only around 500 calories total!
And yet you say they are near your own maintenance calories??
That is so little.

When I think of the holocaust victims they had so little food
which is really not much less than what you are having.

I can't get my head around this with so little calories
why you wouldn’t be losing at least bare minimum one pound each week.

I am intrigued by your life journey with your eating and weight loss pattern.”

“Right now, my ongoing maintenance calories appear to be a bit under an 800 calorie daily average, so eating the small portions that I've been showing here is not a great deal below my maintenance average.

I think the holocaust victim scenario is inapplicable, since the majority of the survivors started out as rather healthy-and-fit young-to middle-aged men and women who had bodies that were able to tolerate severe physical conditions. It is my understanding that very-few-if-any small, inactive, elderly ladies survived the holocaust, at least partially because they were considered useless and therefore killed in gas chambers near the beginning of their captivity.

I have attempted to explain my understanding of how this works for ME, PERSONALLY, in many of my past posts here, and I've written tons about this stuff over at my website, DietHobby, but I'll try again to explain it as clearly as I can.

The normal weight management perspective considers the CURRENCY of weight to be “calories”.

Although calorie counting will always be approximate, at this present time, the term “Calorie” is the only useful way we have to mentally define and describe energy use.

My detailed past computer-food-journal-records indicate that for the past year, I have maintained my current weight while eating a bit under 800 calories per day. Therefore, it appears that my current maintenance calorie level is somewhere around that number.

Using the “standard-rule-of-thumb” theory …. which is that one pound of fat equals about 3,500 calories or less,…. it would then necessarily follow that eating around a 600 calorie daily average should create somewhere around a 200 calorie daily deficit, which should result in an average weekly weight loss of about ⅓ pound.

HOWEVER, it is important to understand that:

People are NOT walking math formulas, whereby if they have 3,500 more or less calories than they burn, they’ll gain or lose a pound; AND, Different people have different caloric efficiencies whereby they are seemingly able to extract more calories from food or reserves than others and lose weight with more difficulty (and gain with greater ease).

In addition to the facts mentioned above, different people of the same age and same size can naturally have different metabolic rates. The two main formulas that cite Metabolic rates, and list weights and calories together, are the Harris-Benedict formula and the Mifflin formula.

These formulas are similar in that their numbers are based on AVERAGES… which means that there are many people ABOVE that number, and many people BELOW that number. The standard deviation of the Harris-Benedict formula is about 14%, and it is not uncommon for people to be 14% above or 14% below that Average number.  Also, the studies include  “Outliers” which are people who are situated away or detached from the main body and differ from all other members of a particular group.  An Outlier has a metabolic rate very much higher or very much lower than the rest of the Group.

It is important to understand that the calculators, charts, graphs and predictions we see online are based on the Averages used in the above-mentioned formulas, and although they are a good place to start, they may not apply exactly to you personally.  AND, even if they apply to YOU personally, it doesn’t mean that they will apply to EVERYONE personally.

FOR PERSPECTIVE:  To bring my own personal calorie counts into proper perspective... note that the well-known and often-used  Mifflin formula gives an "AVERAGE" person of my age, size, and activity level, a Total Daily Energy Expenditure (TDEE) of 1150 calories, and a BMR of 985.

BMR is the basic metabolic rate number that occurs just because we are alive. TDEE is our BMR added together all of our extra activity. So, the number 985 would be like, in a coma, and the number 1150 would be the total of all our moving-around activity number added together with our in-a-coma number.

I've been keeping computer records of my calorie intake & weight every day now for about 12 years, and so I know that my own personal TDEE runs about 200 to 300 calories or so below the "AVERAGE”.

Women who are younger, taller, heavier, and more active often have very little understanding or knowledge of how LOW the average TDEE is for a short, light, inactive elderly woman... and of course, it is even less for a "reduced obese" one.

For those people who think my personal TDEE calculation is far too low.... HERE's a little personal lesson. Follow this link to an online calculator that uses Mifflin to determine both BMR & TDEE.

For more information about my personal dieting history,
read my DietHobby section:  ABOUT ME.