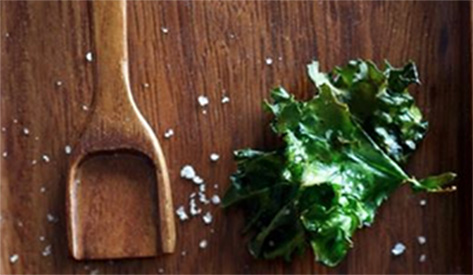 If your eating choice is kale, rather than a candy bar, it Doesn’t Make You a Better Person.

I look forward to reading The Wellness Syndrome, a new book that’s coming out this year in Mid March.

Our wellness obsession is everywhere. There are fitness trackers that notify us if we don't move enough, phone apps that collate data on our exercise, sleep and diet – things we must monitor to ensure we're doing them all correctly.

If you think this constant body monitoring and looking after yourself is the most positive thing you can do, authors Carl Cederstrom and Andre Spicer beg to differ.

In their new book The Wellness Syndrome, Cederstrom and Spicer argue this obsession with individual wellness does not lead to a well society.

"Wellness," the authors write, "is more than just an obsession today. It's a moral demand ... when health becomes an ideology, the failure to conform becomes a stigma."

In an interview with The Times, Spicer said he feels the effects of the pressure from society to be better.

"I beat myself up, think I've no longer got all these work tasks to do, but I should be doing all this health stuff too. Of course it's fine if you want to look after yourself, it's the extreme amount of pressure you feel to do so from society, that's what we're interested in. Society begins to judge you, morally, if you don't."

Cederstrom and Spicer explained how wellness obsession can be bad for society in an article in New Scientist.

"Those who highly value well-being tend to view those who don't come up to their high standards as "disgusting", even if the truth is they can't afford a personal yoga instructor or the latest lifelogging technology," they write.

"A fascinating stream of research in moral psychology has found that when feelings of disgust are triggered, we tend to rapidly make highly punitive moral judgments."

Cederstrom and Spicer continue: "It is hard to argue against a healthy diet, regular exercise, not smoking and drinking in moderation. However, we say wellness can become a problem and deserves greater scrutiny when it is an unceasing command people feel they must live up to and it becomes a moral demand. When this happens, it can actually undermine the very thing it tries to promote."

In the book, the authors say they're concerned that wellness "has become an ideology", which can been seen in "the prevailing attitudes towards those who fail to look after their bodies."

"These people are demonised as lazy, feeble or weak-willed. They are seen as obscene deviants, unlawfully and unabashedly enjoying what every sensible person should resist," write Cederstrom and Spicer.

Spicer told The Times an example of this is the US and their approach to national health.

"You see that easily in the US, with the correlation between body size and income," says Spicer. "The whole discourse of loss of self-control and not taking care of your health. But the other side to it, the way the upper classes mark themselves out, is extreme health obsession."

Cederstrom told the newspaper the problem is people confuse things that help personal problems and things that solve community issues.

"There is a lot of confusion between things that help personal mood or fitness and solving broader problems," Cederstrom said.

Their plea: keep your health and morality separate. Because, according to their book, you are not a better person for running marathons, and your partner's job won't become less stressful if he starts eating kale.

"Just allow that crack in your self-righteous narrative," Cederstrom said.