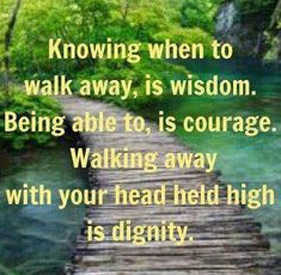 All too often, the idea of  “walking away” is treated as the worst thing ever. Giving up on something is made out to be a a tragedy, a weakness and a character flaw… when sometimes it’s the very best thing you can do for yourself.

Giving up is often treated as a negative – the phrase itself has connotations of failure and weakness – when in reality, a willingness to walk away from something is actually an expression of strength and control.

When we find ourselves in a negative situation, the ability to change it by leaving is the ultimate expression of power.

Many of the situations in which we find ourselves only control us because we give our consent…  and then we seem to forget that we have the power to leave that situation. 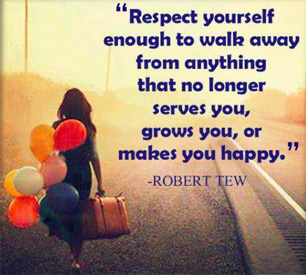 Many people have felt trapped; because they view the idea of “leaving” as an admission of failure. To walk away is to “give up”, to reveal that you are somehow a lesser person for being unable to endure your situation with stoic resolve… or worse,... being unable to make it better.

Giving up and moving on gets framed as a tacit admission of guilt; it’s your fault that things went so badly and now you’re trying to run away from the consequences of your decisions instead of facing them like a grown-up.

But what is there to be gained from “winning” an interaction?  Giving up and moving on isn’t an admission of defeat, it’s about NOT playing the game in the first place.

When you’re working to improve yourself there are times when you will come to the crossroads where you have to decide whether or not you are willing to choose to change who you are as a person. 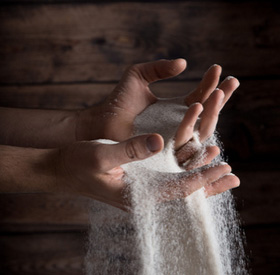 It is hard learning how to give up and let go of dreams and goals –And yet, it can also be liberating.

Viewing giving up on goals – even ones that are clearly not working – as an admission of failure leads to devoting time and mental energy on things that cause us pain and get us nowhere.

We believe that giving up – letting go of dreams and long-held goals – is something to be mourned and avoided. But often it’s a matter of understanding the truth.

Keep in mind: being willing to give up isn’t a “get out of responsibilities free” card – it’s not something that you pull out when things have gotten to the point where you don’t feel like dealing with them any more.

The point of being willing to walk away is that you are willing to accept the consequences of leaving – because you feel that it’s better than the alternative.

By being willing to let go, you are proving yourself to be strong and powerful. It’s saying that you value yourself and your boundaries more than some nebulous fear.

It’s saying that you’re brave enough and strong enough to take your chances, rather than stay in a specific situation any longer.  You are explicitly demonstrating that you have the confidence and the courage to do what’s right for you.

You’re not giving up. You’re choosing to leave on your own terms.