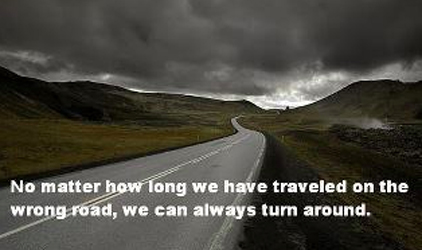 I am now I'm now in my 9th year of maintaining a "normal" weight after a large weight-loss.

Accomplishing this has been incredibly hard, and, even after all these years, this task is not getting any easier for me.
See: Running DOWN the UP Escalator.

The Truth about weight-loss and maintaining weight-loss isn't something that we're EVER going to hear from Marketing Interests … (which includes most doctors and nutritionists) … however, Facing it, Understanding it, and Accepting it, can be very helpful.

Below is a recent CBS news article discussing this issue.

There's a disturbing truth that is emerging from the science of obesity. After years of study, it's becoming apparent that it's nearly impossible to permanently lose weight.

As incredible as it sounds, that's what the evidence is showing. For psychologist Traci Mann, who has spent 20 years running an eating lab at the University of Minnesota, the evidence is clear. "It couldn't be easier to see," she says. "Long-term weight loss happens to only the smallest minority of people."

We all think we know someone in that rare group. They become the legends — the friend of a friend, the brother-in-law, the neighbor — the ones who really did it.

But if we check back after five or 10 years, there's a good chance they will have put the weight back on. Only about five per cent of people who try to lose weight ultimately succeed, according to the research. Those people are the outliers, but we cling to their stories as proof that losing weight is possible.

"Those kinds of stories really keep the myth alive," says University of Alberta professor Tim Caulfield, who researches and writes about health misconceptions. "You have this confirmation bias going on where people point to these very specific examples as if it's proof. But in fact those are really exceptions."

Our biology taunts us, by making short-term weight loss fairly easy. But the weight creeps back, usually after about a year, and it keeps coming back until the original weight is regained or worse.

This has been tested in randomized controlled trials where people have been separated into groups and given intense exercise and nutrition counseling.

Even in those highly controlled experimental settings, the results show only minor sustained weight loss.

When Traci Mann analyzed all of the randomized control trials on long-term weight loss, she discovered that after two years the average amount lost was only one kilogram, or about two pounds, from the original weight.

Tiptoeing around the truth

So if most scientists know that we can't eat ourselves thin, that the lost weight will ultimately bounce back, why don't they say so?

Tim Caulfield says his fellow obesity academics tend to tiptoe around the truth. "You go to these meetings and you talk to researchers, you get a sense there is almost a political correctness around it, that we don't want this message to get out there," he said.

"You'll be in a room with very knowledgeable individuals, and everyone in the room will know what the data says and still the message doesn't seem to get out."

In part, that's because it's such a harsh message. "You have to be careful about the stigmatizing nature of that kind of image," Caulfield says. "That's one of the reasons why this myth of weight loss lives on."

Health experts are also afraid people will abandon all efforts to exercise and eat a nutritious diet — behavior that is important for health and longevity — even if it doesn't result in much weight loss.

Traci Mann says the emphasis should be on measuring health, not weight. "You should still eat right, you should still exercise, doing healthy stuff is still healthy," she said. "It just doesn't make you thin."

We are biological machines

But eating right to improve health alone isn't a strong motivator. The research shows that most people are willing to exercise and limit caloric intake if it means they will look better. But if they find out their weight probably won't change much, they tend to lose motivation.

That raises another troubling question. If diets don't result in weight loss, what does? At this point the grim answer seems to be that there is no known cure for obesity, except perhaps surgically shrinking the stomach.

Research suggests bariatric surgery can induce weight loss in the extremely obese, improving health and quality of life at the same time. But most people will still be obese after the surgery. Plus, there are risky side effects, and many will end up gaining some of that weight back.

If you listen closely you will notice that obesity specialists are quietly adjusting the message through a subtle change in language.

These days they're talking about weight maintenance or "weight management" rather than "weight loss."

It's a shift in emphasis that reflects the emerging reality. Just last week the headlines announced the world is fatter than it has ever been, with 2.1 billion people now overweight or obese, based on an analysis published in the online issue of the British medical journal The Lancet.

Researchers are divided about why weight gain seems to be irreversible, probably a combination of biological and social forces. "The fundamental reason," Caulfield says, "is that we are very efficient biological machines. We evolved not to lose weight. We evolved to keep on as much weight as we possibly can."

Lost in all of the noise about dieting and obesity is the difficult concept of prevention, of not putting weight on in the first place.

The Lancet study warned that more than one in five kids in developed countries are now overweight or obese. Statistics Canada says close to a third of Canadian kids under 17 are overweight or obese. And in a world flooded with food, with enormous economic interest in keeping people eating that food, what is required to turn this ship around is daunting.

"An appropriate rebalancing of the primal needs of humans with food availability is essential," University of Oxford epidemiologist Klim McPherson wrote in a Lancet commentary following last week's study. But to do that, he suggested, "would entail curtailing many aspects of production and marketing for food industries."

Perhaps, though, the emerging scientific reality should also be made clear, so we can navigate this obesogenic world armed with the stark truth — that we are held hostage to our biology, which is adapted to gain weight, an old evolutionary advantage that has become a dangerous metabolic liability.

Dr. Yoni Freedhoff, whose new book, The Diet Fix is featured here in DietHobby's BookTalk section, made this comment about the above-quoted article:

No doubt, if the goal set is losing every last ounce of weight that some stupid chart says you're supposed to lose then the descriptor "almost impossible" may well be fair.


On the other hand, if the goal is to cultivate the healthiest life that you can honestly enjoy, subtotal losses, often with significant concomitant health improvements, are definitely within your reach.

If you read the comments on the article, you’ll see that many people subscribe to the magical power of semantics.  If you attempt intentional weight loss, but instead of dieting you call it a lifestyle change, they claim you won’t gain your weight back.  This is the second to the last stop on the denial train, at the final stop people just close their eyes, stick their fingers in their ears, and scream LA LA LA!

Studies have shown that when people diet, their bodies change biologically for the express purpose or regaining and maintaining weight,

.... but it really doesn’t matter at this point why weight loss fails almost all the time.  The fact that it does means that weight loss does not meet the criteria of evidence based medicine.  If a prescription fails almost all the time, often having the exact opposite of the intended result, (and especially when that happens consistently for more than 50 years,) the solution is not to keep prescribing that intervention and tell people to try harder.

This is the world that diet culture built. Doctors, diet companies, internet commenters, people’s mamas and everyone else have been telling us that being thin is the only path to health and that if healthy habits don’t make us thinner than they won’t make us healthier.  Society says that the only “good” body is a thin body. Now we find that if healthy habits don’t make us thinner we “tend to lose motivation.”  I forget, what’s the word that means the opposite of “shocking”?

The solution is to stop worrying if the truth is “stigmatizing” and start telling the truth early and often.  Telling the truth with the same veracity that people post anti-fat, pro weightloss diatribes in the comment sections of every article that exists on the internet.

Public health should be about making as much true information and as many options as possible available to the public, and then letting people make their own decisions.

Health is not an obligation, a barometer of worthiness, or completely within our control. Each of us gets to choose how highly we prioritize our health and the path that we want to take to get there and those decisions can also be impacted by forces outside of our control.

My own view is, that just because something is hard, doesn't mean it is impossible.

Losing weight is hard.
Maintaining weight-loss is hard.
Being fat is hard.
Choose your hard.

Each of us needs to decide for ourselves, whether or not we want to attempt to "climb the weight-loss mountain", and, if so, what individual path will work best for us personally. 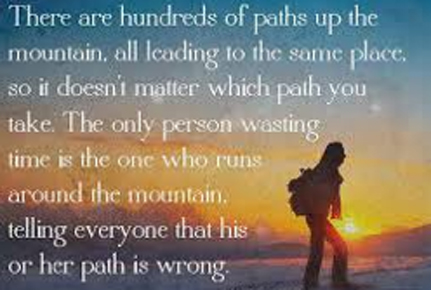