Here's Something Worth Saying. 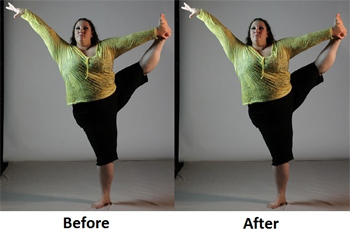 Generally fat people are shown as a collection of negative stereotypes.

Any media outlet, television show, movie etc. which shows fat people being successful at anything other than weight loss is immediately criticized for normalizing obesity.

The theory is that fat people will become motivated toward weight-loss if they are never shown in a positive light until, or unless, they get thin.

Even though it turns out that most people aren’t motivated by seeing everyone who looks like them portrayed as a tired and worn out stereotype, anyone who sets up a fat role model gets accused of the crime of “promoting obesity“ or “normalizing obesity”.

Let's not kid ourselves, this isn't really about Health. So what IS it about?  Here's a clue. Maybe if society stopped shaming fat people then fat people might stop pouring money into the diet industry for a solution that almost never works.  If that happened, it would lose their sixty billion dollars a year.

I don’t buy the idea that showing fat people in a positive light will make other people want to be fat; I don’t think that a ceaseless stream of shame is doing anything good for fat people; and oppression for profit is not ok.

Let’s try a new experiment. Let’s normalize bodies of all sizes. Can you imagine if size was not an issue?  Movies with fat leading ladies, magazines filled with people of all sizes, billboards with fat people selling dish soap, a world without fat jokes, a world without articles about how Santa Claus promotes an unhealthy body image.

Take a minute to realize that everything fat people accomplish today – starting with finding the courage to step outside their homes in fat bodies -  is done in spite of the fact that fat people live under the crushing weight of constant social stigma. Imagine what fat people could do if they didn’t have to live with a ceaseless stream of societal stigma and shame -- like the government waging war on them and even enlisting their friends, families, and employers as soldiers in that "cause".

We don’t have to just imagine. We can just admit that the current plan of making fat people feel like crap about themselves isn't working. We can stop shaming and stigmatizing fat people. Let's normalize obesity, and see what happens!