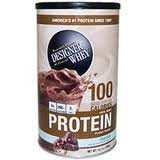 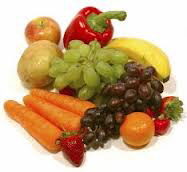 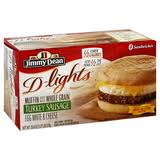 The Simple Diet - A Diet Review

In "The Simple Diet" (2011) Dr. James Anderson, a professor of medicine and clinical nutrition at the University of Kentucky, shares his scientifically based nutritional plan.  He says that he, himself has used it successfully, and that he has also used it to successfully treat many patients. Dr. Anderson considers his diet to be a budget-friendly weight-loss plan which he favorably compares with commercial diet plans like Nutri-system and Jenny Craig.

The Simple Diet is a replacement meal plan, in which one eats only shakes and packaged entrees of one’s choice, together with any type of fruit (except dried) and/or any type of vegetable prepared without butter or additional fat.

The diet relies on frozen entrees and diet shake mixes … plus fruits and vegetables … to meet one’s nutritional needs, and Dr. Anderson doesn’t take issue with processed foods or artificial sweeteners. The diet requires the purchase of diet shake mixes like SlimFast or various Protein powders (to be mixed with water or fruit, not skim or soy milk); frozen dinner entrees like Lean Cuisine or Smart Ones; high protein snack bars like Luna (optional); some soups (optional); and fresh, canned, or frozen vegetables and fruits. There are a large selection of "diet friendly" meal options offered in the plan, most widely available in American supermarkets, and the diet does not allow for any foods (except those existing within the frozen entrees) which are typical household staples, like breads, pastas, rice, cereals or dairy products (nonfat plain greek yogurt is considered an acceptable protein shake substitute).

The rules of Phase 1 are to eat only 3 protein shakes … either a ready-made brand like slim-fast or protein powder mixed with water (soup also qualifies as a shake), 2 packaged frozen entrees, and 5 or more fruits or vegetables a day. Ordinarily one would have a shake for Breakfast; a shake mid-morning; a shake mid-afternoon; a frozen entrée for Lunch; a frozen entrée for Dinner; and fruit and vegetables at any time. One is to also drink at least 8 glasses of water or other non-caloric beverage. Coffee, tea, and diet sodas are acceptable.

If necessary or desired, one can also have up to 1 protein bar daily, but this is additional, not a replacement for the shake or entrée. If a person is still hungry, additional shakes and more fruits and vegetables are recommended instead of adding extra foods, or eating additional bars. Phase 2 gradually brings in other foods.

The plan is based on the premise that by exercising a bit more and eating pre-measured low calorie entrees, diet shakes, occasional protein bars, and fruits and veggies, one will lose weight. This is a calories-in/calories-out plan, and one’s total calories depend on the specific food items that one chooses. Dr. Anderson provides guidelines for choosing shakes, entrees, soups, and bars; and when followed, the plan will provide between 1100 and 1600 calories daily.

This is a prescriptive plan, but does offer plenty of variety (in shakes, entrees and produce). The cost depends on where one shops and what one is willing to spend. If one goes to Target or Wal-Mart, most entrees will cost $1-2.50, and Slimfast is about $6-8. If one goes to GNC for shake powder, one’s cost can be $30. Snacks and meals are quick to prepare with a minimum of cleanup. “Simple” is the point of the Simple Diet, and it definitely meets that requirement.

The premise of Dr. Anderson’s book, "The Simple Diet"(2011), is that it is possible to lose weight easily in a relatively short period of time using foods that are readily available in any supermarket if you are following the right plan. Dr. Anderson promises that very obese dieters can lose up to 50 pounds in the first 12 weeks of their diet, and that the weight loss can be permanent. In addition to shedding unwanted pounds Dr. Anderson claims that (through weight-loss) this diet will help lower high blood sugar, cholesterol, and blood pressure; that it can help reverse heart disease, type 2 diabetes, and a variety of other obesity induced conditions. The rules of the diet are fairly easy to follow and require little measuring or calorie counting, however, optional tracking of food and calorie counting will be helpful.

Since I am already normal weight with a total energy burn of less than 1200 calories (for details see my previous articles), I modified the diet to reduce it to a daily total of about 900 calories in order to make it a weight-loss possibility for me personally. I did this by being careful with my choices of fruits and vegetables, replacing the lunch entrée meal with vegetables only… having only one entrée daily, and by limiting protein bars.

My shakes were made from 1 scoop of Designer Whey protein powder at 100 calories per scoop. I made them with ice and 4 oz sugar-free Almond Milk which added 20 calories per shake. I occasionally added 1 fruit serving for additional calories. See my recipes for  Chocolate Milkshake, and Strawberry Banana Smoothie.  Fage 0% Greek Yogurt (6 oz container=100 calories); my homemade egg-white custards (50 calories);  my chocolate protein cookie (50 calories); and my protein cream cupcake (substituting sugar-free vanilla syrup for cream) (100 calories) also qualified as shake substitutes.

I enjoyed my bit of experimentation with The Simple Diet, and liked the food choices far better than with Nutri-System, or Jenny Craig. I’ve no personal objection to eating processed food, and found that eating on the plan actually provided me with a more balanced, low-fat diet, than my normal maintenance eating. I plan to do additional experimentation with this diet sometime in the future.