If Ophra Can't Do it, Can it Be Done? 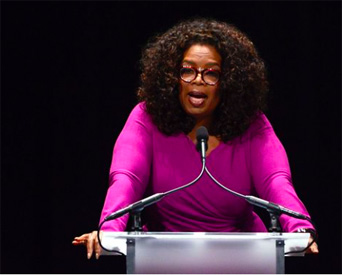 The thoughts, opinions, and emotions reflected here are based on my own personal views.  As a consequence of having an open mind, my opinion today might not be the same as my opinion tomorrow.

Below is a copy of an outstanding article which I very much enjoyed.

Oprah's Weight Watchers commercials are everywhere. Last October Oprah bought a 10 percent stake in the company and joined its board. Now she's appearing in ads where she tells us that "inside every overweight woman is the woman she knows she can be."

If this were true, it would totally explain why overweight women are overweight; we have a whole extra woman inside of us! But I don't think it is true, because I believe that inside me is just more me. And I have my doubts that there's a better, happier, more acceptable woman inside of Oprah either.

I love Oprah. Longtime Oprah lover over here. Since my tweens, I've admired how she's made celebrities seem like regular people and turned regular people into celebrities. I read the books her Book Club boosted. Hell, I'm wearing a bra she recommended on her "Favorite Things" episode in 2003. I think she has earned every ounce of success she enjoys, so I am glad for her that she made $70 million on the first day of her deal with Weight Watchers. That amount of money will be heavy, and if she binds it together, she can use it to weigh down stacks of her other money so none of it blows away when she opens a window in one of her many beautiful homes.

But by the ninth or 10th time I heard Oprah talk about how we're gonna go on this weight loss journey together, I had an epiphany. I have put on my sneakers and jogged down this road with Oprah before! I cried with joy for her back in 1988 when she dragged a wagon of fat onstage, to represent the 67 pounds she'd lost on a liquid diet. Lord knows I have considered dragging a wagon of fat around to celebrate the three or four times I have lost 60 pounds. Then when it crept back on, just like it did with Oprah, I was glad I never did that. And Oprah has said she regrets that moment, which is probably why she never did it again either, even though we've watched her drop, then regain, a few more wagonloads over the years.

But it is also incredibly freeing if you, like me, have thought about your weight so many times throughout every day of your life that it becomes as maddening and distracting as if you'd stowed a beating telltale heart beneath your floorboards.

Ever since I wasn't little, I have thought about how much space I am taking up in the world as many times per day as men supposedly think about sex. I have wanted to be the girl who could playfully sit on a friend's lap, or be carried across a threshold on my wedding night. But I'm just not. I never have been. 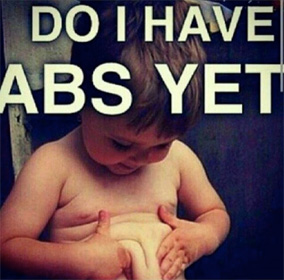 At my pre-kindergarten physical my pediatrician asked me, "Do you like to eat?" and when I guilelessly said yes, he told me, "Well, you should like it less." In college, I was probably the thinnest I'd ever been in my life, and when I got up the nerve to tell an older classmate who ran with my group of friends that I didn't like it when he gave me unsolicited shoulder massages, especially in front of my boyfriend, he said, "Maybe you're just angry because your thighs are so huge." In front of my boyfriend.

These are just two of two million incidents where someone tried to make me feel small because I was bigger. And I guess it's made me the kind of person who would just stand on a 90-minute train commute every day rather than insinuate myself into an empty seat between two strangers who might sigh as they bring their own thighs marginally closer to make way for the entitled fat monster. But am I not entitled? To a seat? To civility?

As people, we all run into your odd crank every now and again, but I have seen a fat person turn the most decorous individual into an eye-rolling, tongue-clicking social contract breaker simply by daring to try to occupy the assigned seat on her plane ticket. I'm sure it's been a long time since Oprah's flown commercial, or since anyone's had the sack to roll their eyes in her face, but I'm sure she remembers, which is why I can't fault her for still wanting to change. But after trying to change so, so, so many times, I'm starting to realize it ain't me who needs to be different.

I'm not saying you should give up on your dreams of having the body you want. I'm just asking, if you never get that waist, will your life have been a waste? (I see what I did there.) Every day we are bombarded with media, content, and products. Special foods and drinks. Programs and plans. None of this shit has ever worked for Oprah, and it probably isn't gonna work for me or you. Not forever, anyway. Some science has said this.

The reason I hear about every piece of news relating to weight loss is because besides having an automatic Google search set up for my name and for the TV show I work on, for years I've also had an automatic Google search for "obesity," so I'll be among the first to know when some doctor comes up with something new I can try. And I've nearly tried it all, with the exception of having several feet of my intestines removed. Yet. That's ... sad.

Maybe someday they will figure out the reason for the rise in obesity, but I do know the reason isn't NOT trying hard enough. Oprah tries harder than anyone, and nearly every other thing she's ever tried in her life has been a smashing fucking success, so she's pretty good at knowing how to try.

I know the reason isn't because you're weak. If you're carrying around 10 or 20, or 50 or 150 pounds more than the tiny friend who always calls herself fat in front of you and you don't kick her in the back of the knee, you're the opposite of weak. You're very, very strong in at least two different ways.

I know the reason isn't because you're a bad person. Unless you gained weight from eating puppies and babies. But if you just ate some pizza like everyone else does all the time without giving it a second thought? What's bad about that? And, yes, eating sensibly is a great idea. Two eggs. Four ounces of chicken. A cup of Brussels sprouts. A third of a cup of polenta. That's what I've eaten today. Very sensible. I've gotten in the habit of memorizing what I put in my mouth so that I can write it down later. 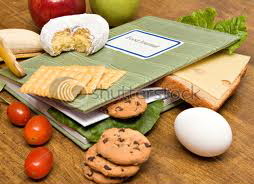 I have years of food journals stretching back to when I should have been writing about my crush on Nicholas from Eight Is Enough and what I hoped Santa would bring me that year. (I probably would have said that I wanted a Barbie Dream House, Wonder Woman Underoos,  size extra husky, and to get skinny. Even then.) And all food journaling has taught me is that sometimes you can whittle down what you're consuming to the point where you barely have to write anything anymore, and you still might never be able to reach your goal before you break.

Do you think Oprah doesn't have the resources to pull together teams of people to tell her what is sensible to eat? And to berate her when she becomes emotional, melts down, and eats a potato with her bare hand? Where is the sensibility in any of that?

I realize there are people who are DYING to tell you what they think about what you should do with your body. It always starts with, "No offense, but..." or, "Not to be mean, but..." And it's always offensive and mean, but also, you probably say things to yourself every day that are way meaner than what any "well-intentioned" "friend" or internet troll could come up with.

You're gonna have to try harder if you want to beat us at our own game, internet trolls. I would pop someone in the chops if they spoke to me the way I speak to myself. And I would bet all of Oprah's money that Oprah says mean shit to herself too.

I've heard some ladies I really like on some reality shows telling other women to, "Get your life," and I think I finally understand what they mean. I think they're saying that it's possible for the person you are today to have a life full of good and worthwhile things that you want without waiting for some transformational moment to take place before you feel you have the right to pursue anything else.

Nobody is doing you a favor by thinking you kick so much ass at your job even if the business suit you are wearing was purchased at Lane Bryant. Nobody is doing you a favor by finding you sexy even when some BMI chart says you don't deserve life insurance. Nobody is owed your gratitude for "looking past" your weight. Those people are just seeing things the way a minimally non-garbage person is supposed to. Everything above and beyond that baseline, you're earning it. You're "getting your life," and the people around you are getting some of their life from you. And if that isn't happening right now, it's not because you've failed to become svelte. It's because the people around you are turd burglars whose biggest accomplishment, apparently, is owning a shorter belt.

You can do what you want. You knew that. But I'm gonna stop wishing that I didn't have dimples on the backs of my hands or that my ankles were more flattered by strappy shoes. I'm gonna stop telling people that they look great and start telling them what I really mean, that's it's nice to see them. And I see you. And I like you so much, just how you are right now, and not a year or five years from now when you may or may not be smaller.

I hope Oprah gets what she wants, and maybe $70 million in one day is the motivator that will finally make it happen for her, once and for all. Hell, according to her latest commercial, she's already lost 26 pounds while loving bread and eating it every single day!

As for me, I think I'm gonna stop wanting something that I might never get even though I'm very good and very strong and I try very hard all the time. I'm gonna take a break on all that, at least for a little while. Let me know how it turns out this time, though, Oprah. I'll love you either way.

Caissie St.Onge is a television writer and producer who has worked with David Letterman, Rosie O'Donnell, Graham Norton, Joan Rivers, Bette Midler, and Paul F. Tompkins. At the time this article was written she is the co-executive producer of Watch What Happens Live! with Andy Cohen on Bravo