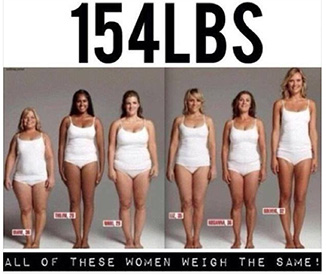 Weight control would seem to be a simple matter of calories in/calories out. Burn more calories than you consume, and your body will adapt by burning fat.

The pounds will drop away and you can buy new clothes, and stand a better shot at rewards ranging from getting promoted to getting a date. It seems an ineluctable law of physics, a Biggest Loser calculus relentlessly drummed into our brains by the American media. Hence the suspicion that dogs the obese marathon runner Mirna Valerio: If she runs so much, how can she still be fat?

“If controlling obesity were a simple matter of calories in and calories out,” says endocrinologist and researcher Dr. David Ludwig MD, PhD “I would be out of a job.”

Dr. Ludwig explains that weight loss, gain, and control are complex biological processes. “It's a combination of genetic, behavioral, environmental, and psychological factors, and varies tremendously from individual to individual,” he says. “In many ways, obesity is similar to complex diseases such as cancer.”

Dr. Steven Blair, P.E.D., the lead author of the Cooper Clinic studies who is now a professor in the Arnold School of Public Health at the University of South Carolina, agrees. "If you fashioned a hypothetical world in which every person ran 10 miles a day and subsisted on the same daily ration of carrots, you would still have a full range of body types, from svelte to stout.”

“Imagine our bodies as cars,” Dr. Freedhoff says. “They come out of the factory with various fuel efficiencies—an SUV's is always going to be different than a sub-compact's. How you drive definitely affects mileage, but the SUV is never going to burn less fuel than the subcompact.

“Well, just like cars, our bodies are all wired with their own distinctive genetic makeups. We can modify our BMI through exercise and diet, but only to an extent. Some of us are subcompacts, others are SUVs, and one type isn't inherently ‘better’ than another. We can be healthy and happy no matter how much we weigh.”