Embracing Imperfections as a Path to Success 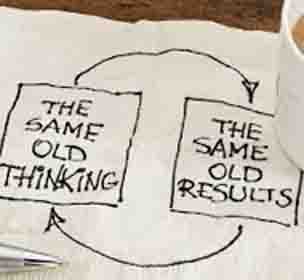 Here's a copy of an article about embracing imperfections as a path to success by Dr. Yoni Freedhoff, M.D. which was published Aug 10, 2014 in the Globe, Health Advisor.

Aim for the healthiest life you can enjoy,
not just tolerate.

Our shared weight-management failures aren’t a great surprise, however. Dieting is predicated on suffering and humans aren’t built to suffer in perpetuity. Yet we keep coming back for more. Every year there’s a new crop of New Year, New You books, each boasting its own set of draconian rules. Oh, you’ve tried a low-carb diet before, hmm, well perhaps this year you should give up dairy and grains. Been there and done that – maybe now eschewing sugar is the way to go.

Why, despite knowing better, do we blame ourselves when the nonsense fails? Could it be a case of suffering from post-traumatic dieting disorder (PTDD)?

Merely tolerable lives, given food’s starring role as one of our lives’ most seminal pleasures, are understandably short-lived. Many who crash their weights down via overrestrictive diets are surprised when they regain not only what they’d lost, but more. In reality, though, it’s not a shocking outcome given the known negative impact an overrapid loss has on metabolism.

PTDD is not a formal diagnosis, but rather a shared constellation of symptoms that I’ve seen in my practice having worked with thousands of people trying to manage their weights and who have been through the diet trenches. These are people whose recurrent dieting has led to feelings of failure, shame, hopelessness, insecurity and sometimes even deep and abiding depression. Their body images are often worse than when they started dieting in the first place and their relationships with food are anything but healthy – in many cases they feel threatened by the very foods they love most. They can also become socially withdrawn and their personalities can change, which in turn can negatively impact their closest relationships and lead some to believe themselves unworthy of love, marriage, intimacy, health or a normal lifestyle.

The triggers of PTDD lie not just with a person’s chosen diets, but with society as a whole and the hateful weight bias that permeates it. Whether it’s shows such as NBC’s The Biggest Loser, which teaches that scales measure not just pounds, but also success and self-worth, or whether it’s well-intentioned health professionals suggesting that unless a person reaches a particular weight their health is doomed. Celebrities’ weights are endlessly critiqued, with popular magazines shaming women, mostly, when they “pack on the pounds.”

Even a seven-year-old reads in the Harry Potter series J.K. Rowling’s brilliant but incredibly ugly portrayal of one family’s weight as a direct personification of their gluttonous, sloth-like evilness. Society’s overarching message is that thinness is attainable if a person wants it badly enough; failure is simply a reflection of personal weakness and laziness.

People don’t fail diets, diets fail people. Diets fail people because they regularly insist upon the adoption of lifestyles that are merely tolerable. The past 100 years of diets, regardless of their actual recommendations, have tended to be strictly prescriptive paths where dietary transgressions are tantamount to sins.

For dieters to succeed, their approaches can’t be traumatic, nor can we continue to perpetuate the narratives that suggest success is suffering and that scales are somehow able to measure the presence or absence of health. For diets not to be traumatic, we need to understand human nature and evolution; that in an environment where food, in all its succulent, sugary, aromatic, colourful, decadent glory surrounds and tempts us, it is hard to resist the siren call when we’re wired not to.


Dr. Yoni Freedhoff's book, "The Diet Fix" is featured here at DietHobby inside the BOOK TALK section.    He is a medical doctor; an assistant professor of family medicine at the University of Ottawa; and the founder and medical director of the Bariatric Medical Institute.