Everyone isn't the Same 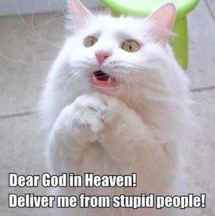 We aren't all the same.

The calorie numbers recommended by the BMR or RMR charts don't apply to every individual body.

Like the author of the article below, I've seen very little acknowledgement, understanding, or acceptance of this very basic truth. I've found that, in general, people are surprisingly resistant to the concept.

Why “Put Down the Cheesburger” is BS
by noceleryplease www. fiercefreethinkingfatties.com

So there’s this woman I was talking to last week.

She and I are pretty much the same height.  I am probably 10, maybe 12 pounds heavier than her.  We both exercise, I think, very similar amounts… although she does have a job where she is up and about more than my sedentary desk job.
So we have these two people who are both maintaining a similar lifestyle.

And I happened to be talking about what I would typically eat in a day, and her response was… “That would barely last me through lunch”.

Hmmmmm…. now this comes as no shock to me, because I know that different people have different metabolisms, and the fact that even though I am heavier than her, I have to eat about a third LESS than her to maintain my weight, well, it’s just one of those things that JUST IS.

But it got me to thinking about all those people in the comments that I refuse to read and how they are all always all “Put down the cheeseburger, fatty” and telling people how to live their lives.

And it occurs to me, that these people may, in fact, really think that significant, permanent weight loss could be achieved, if only the fat people would stop stuffing their faces… because obviously, the only reason someone would be fat is if they were eating ridiculous amounts of food every day.

And why would they think that?

I suspect it might have something to do with the fact they they, at whatever weight they are at, are able to maintain that weight with a fairly comfortable intake of food.  They are not feeling restricted with their intake.  They get to eat breakfast, lunch and dinner.  And sometimes “indulge” in “bad” foods, etc…

So if they can maintain their weight, with what they consider to be a perfectly satisfying amount of food,  why couldn’t someone else just eat the same as them?  Why, oh, why, would they be DESTROYING our country, just for the sake of being able to stuff their faces with baby flavored donuts?

And the answer, of course, is… “Hey, JackAss, how’d you like to live on what it would take someone else to maintain your weight?”

The Mayo Clinic handy online calorie calculator tells me that at my age, height and activity level, I should eat 2050 calories a day to maintain my weight.

But there are TONS AND TONS of people out there for whom the 2050 mark is correct, and they go around eating 2050 calories a day, which to me sounds like a pretty decent amount of food, and they maintain their weight with no trouble, and they wonder why other people are so fat, because they are maintaining their weight just fine on 2050 calories a day, so why would other people EAT MORE THAN THAT AND GET SO FAT?

And the answer to that question is…  “Hey, Jackass, if I ate 2050 calories a day, I am not sure where my weight would end up, but I can guarantee you it’d be more than you, and you would look at me and wonder why I was so fat and assume it was because of all the cake, EVEN THOUGH I AM EATING EXACTLY THE SAME AS YOU!!”

So let’s just imagine one of these comment trolls for a moment.  Let’s say this troll is, 6ft 2in.  And, let’s put him in the “normal BMI range at 185 pounds. We’ll make him 35 years old, and, lightly active (the Mayo Clinic defines that as moderate exercise 2 or 3 times a week).

So our hypothetical guy there, he needs 2550 calories a day to maintain his weight.

I have seen 2500 calorie meal plans… that’s a fair amount of food that guy gets to eat.  I’d bet he’s pretty happy with that.  Happy enough that he feels pretty justified in thinking that anyone who eats MORE than him is just a disgusting slob who is draining the economy and health care system with his unceasing demands!

But what if our guy suddenly woke up one day to find that he couldn’t maintain his weight any longer at that “normal” amount of intake.  What if he, like me, could only eat 80% of that amount.  EVERY DAY….  FOR THE REST OF HIS LIFE…   or else he would gain weight.

I wonder how he would feel about that?  Would he be quite so smug and secure about “maintaining his weight”?

If he had been happy consuming 2500 calories a day, would he, I wonder… “Put down the cheeseburger?” or “Back away from the table?” in order to cut out the extra calories?

Or would he think that having to get by on around 2000 calories a day was somewhat unreasonable?  Perhaps he would find himself being hungry, even after he got his “limit” of calories.  Maybe he would eat a little more, here and there, to keep from feeling unpleasant, or restricted.

Maybe he would even just keep on eating his 2500 calories a day and gain some weight… and maybe he would think that it was, perhaps, nobody else’s damn business if he was gaining weight, because he’s just eating like every other person and for some reason, it’s just not doing the same thing to him as to everyone else.

The problem is, I think, that until that troll wakes up one day and suddenly finds himself having to live on a permanently restricted diet (and, let’s face it, that’s likely not going to happen because biology doesn’t quite work that way)… he is NEVER going to grasp or understand that there are people in the world who could follow him around all day, eat and do exactly what he does, AND WEIGH A COMPLETELY DIFFERENT WEIGHT THAN HIM.

It just does not compute, because we have been told “calories in / calories out” for so long, that people forget that the calories out can actually vary, and “your results may not be similar”.

And I just don’t know how to convince people who have this idea.  I really don’t. 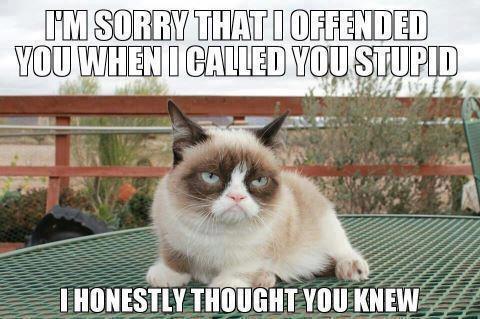 See DietHobby's ARCHIVES for more on this issue.

Running down the Up Escalator

Records: My past 8 years