If it Involves Eating, It's a Diet 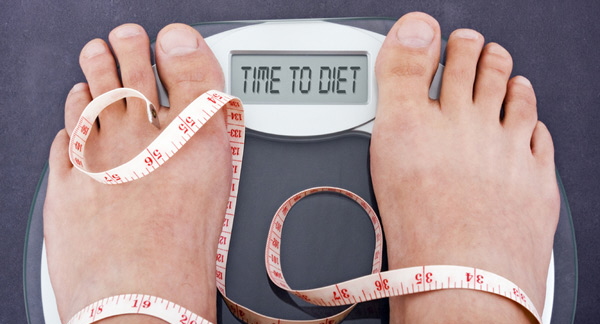 Here is a recent Quote by a member of a forum that I frequent.

(The article posted below) “supports what some say, and I contend,
about dieting for MOST--not all --. And by dieting I mean a purposeful restriction of foods and amounts to match a target low intake and weight goal.

It certainly doesn't mean that reducing the number of calories won't result in some weight loss. It will. The point is that as a strategy it has not been shown to change permanent habits in most who try it. Worse, it distorts the process so that weight gain statistically follows.

You can argue until you're blue in the face that it will work, but if it thwarts the natural process for most, I call that a strategy meant for the few. And the stats show it. Not for those who make it- for those who don't. Which is most.”

My response to this quote, and to the Article I've posted below is:

Everything that has to do with eating or not eating food is a Diet.

Some Diets are more easily incorporated into the lifestyles of Some People than other Diets.
Labeling any type of eating (but especially a plan to eat less) "not a diet"
or a “non diet” is just a Semantic Game.

No matter what the "Diet"... "eating plan" .... "way-of-eating" .... "lifestyle",
it is difficult to lose weight, and even more difficult to maintain weight-loss.

I've been saying this here at DietHobby and other online places for quite some time,
and the article below supports this.

This is my personal experience, and
I've been researching and writing about this for quite some time.
Some of the writings that support this principle can be found at the Links below:

Rethinking Thin: The New Science of Weight Loss---and the Myths and Realities of Dieting (2008) by Gina Kolata.

The Chubby Side of Normal

The only "conventional wisdom" that's really "changed"
in the 6 years since the writing of this 2007 article posted below,
is that recent studies have indicated that exercise does very little to help one lose weight;
that exercise might be helpful in maintaining weight-loss;
however, that exercise leads to better physical and mental health.

"You can initially lose 5 to 10 percent of your weight on any number of diets, but then the weight comes back," said Traci Mann, UCLA associate professor of psychology and lead author of the study. "We found that the majority of people regained all the weight, plus more. Sustained weight loss was found only in a small minority of participants, while complete weight regain was found in the majority. Diets do not lead to sustained weight loss or health benefits for the majority of people."

Mann and her co-authors conducted the most comprehensive and rigorous analysis of diet studies, analyzing 31 long-term studies.

"What happens to people on diets in the long run?" Mann asked. "Would they have been better off to not go on a diet at all? We decided to dig up and analyze every study that followed people on diets for two to five years. We concluded most of them would have been better off not going on the diet at all. Their weight would be pretty much the same, and their bodies would not suffer the wear and tear from losing weight and gaining it all back."

People on diets typically lose 5 to 10 percent of their starting weight in the first six months, the researchers found. However, at least one-third to two-thirds of people on diets regain more weight than they lost within four or five years, and the true number may well be significantly higher, they said.

Mann said that certain factors biased the diet studies to make them appear more effective than they really were. For one, many participants self-reported their weight by phone or mail rather than having their weight measured on a scale by an impartial source. Also, the studies have very low follow-up rates — eight of the studies had follow-up rates lower than 50 percent, and those who responded may not have been representative of the entire group, since people who gain back large amounts of weight are generally unlikely to show up for follow-up tests, Mann said.

"Several studies indicate that dieting is actually a consistent predictor of future weight gain," said Janet Tomiyama, a UCLA graduate student of psychology and co-author of the study. One study found that both men and women who participated in formal weight-loss programs gained significantly more weight over a two-year period than those who had not participated in a weight-loss program, she said.

Another study, which examined a variety of lifestyle factors and their relationship to changes in weight in more than 19,000 healthy older men over a four-year period, found that "one of the best predictors of weight gain over the four years was having lost weight on a diet at some point during the years before the study started," Tomiyama said. In several studies, people in control groups who did not diet were not that much worse off — and in many cases were better off — than those who did diet, she said.

If dieting doesn't work, what does?

"Eating in moderation is a good idea for everybody, and so is regular exercise," Mann said. "That is not what we looked at in this study. Exercise may well be the key factor leading to sustained weight loss. Studies consistently find that people who reported the most exercise also had the most weight loss."

Diet studies of less than two years are too short to show whether dieters have regained the weight they lost, Mann said.

"Even when you follow dieters four years, they're still regaining weight," she said.

Mann notes that her mother has tried different diets, and has not succeeded in keeping the weight off. "My mother has been on diets and says what we are saying is obvious," she said.

While the researchers analyzed 31 dieting studies, they have not evaluated specific diets.
Medicare raised the issue of whether obesity is an illness, deleting the words "Obesity is not considered an illness" from its coverage regulations in 2004. The move may open the door for Medicare to consider funding treatments for obesity, Mann noted.

From 1980 to 2000, the percentage of Americans who were obese more than doubled, from 15 percent to 31 percent of the population, Mann noted.

A social psychologist, Mann, taught a UCLA graduate seminar on the psychology of eating four years ago. She and her students continued the research when the course ended. Mann's co-authors are Erika Westling, Ann-Marie Lew, Barbra Samuels and Jason Chatman.

"We asked what evidence is there that dieting works in the long term, and found that the evidence shows the opposite" Tomiyama said.

The research was partially supported by the National Institute of Mental Health.

In future research, Mann is interested in studying whether a combination of diet and exercise is more effective than exercise alone.

UCLA is California's largest university, with an enrollment of nearly 37,000 undergraduate and graduate students. The UCLA College of Letters and Science and the university's 11 professional schools feature renowned faculty and offer more than 300 degree programs and majors. UCLA is a national and international leader in the breadth and quality of its academic, research, health care, cultural, continuing education and athletic programs. Four alumni and five faculty have been awarded the Nobel Prize.

Before drawing a conclusion that Diets are negative because they cause Weight-Gain,
it is important to remember that there is a Difference between Causation and Correlation.
See Linked article.

Just because Fat People and Dieting are Associated,
doesn’t mean that Dieting Causes People to be fat.