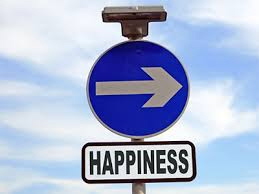 Once upon a time, an old farmer lived in a poor country village. His neighbors considered him well-to-do because he owned a horse, which he used for many years to work his crops.

One day his beloved horse ran away. Upon hearing the news, his neighbors gathered to commiserate with him. “Such bad luck,” they said sympathetically. “May be” the farmer replied.

The next morning the horse returned, but brought with it six wild horses. “How wonderful,” the neighbors rejoiced. “May be,“ replied the old man.

The following day, his son tried to saddle and ride one of the untamed horses, was thrown, and broke his leg. Again the neighbors visited the farmer to offer their sympathy on his misfortune. “May be,” said the farmer.

The day after that, conscription officers came to the village to draft young men into the army. Seeing that the farmer’s son had a broken leg, they passed him by. The neighbors congratulated the farmer on how well things had turned out. “May be,” the farmer replied.

Positive and negative events are often entwined, making predictions about consequences very complex. Sometimes when we consider the single best thing that has happened to us during past years, AND the single worst thing, we may be surprised to learn that they are often one and the same.

We can’t know immediately which events are life changing, and in what ways life will change as a result of that event.

Sometimes a totally positive event, - like winning the lottery, getting promoted, having a child, - sets into motion a crisis or deep disappointment. At other times a misfortune – like losing a job, a dream, or a life partner – is a gateway to something wonderful.

No matter how clear the way forward seems, there is no one direct path or only one way to look at our situation. Instead, there are multiple routes.

“Whatever we do, even whatever we do NOT do, prevents us from doing the opposite. Acts demolish their alternatives, that is the paradox.” (James Salter)